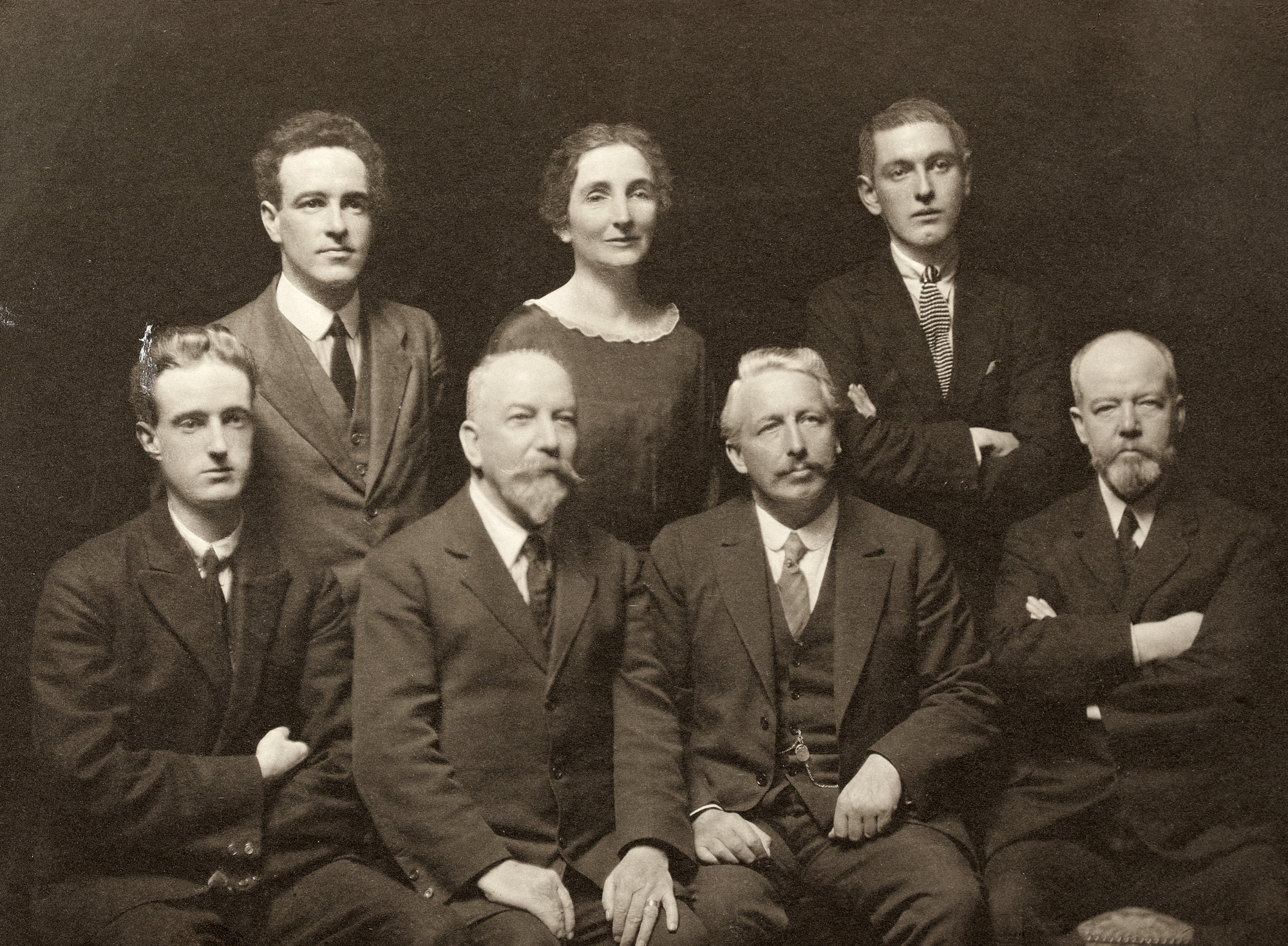 Try to find the date or year when this image was made.
Thanks for contributing!
We have had the pleasure of meeting Art Ó'Brían before but in top hat and tails! Here he is in less formal attire with the staff who supported him in his role. It would be really interesting to find out who those people were and perhaps what became of them?

With thanks to our contributors, and in particular our own Carol Maddock, it seems that this image is described in that recent tome the 'Atlas of the Irish Revolution'. It describes this as an image of Art Ó Briain's embassy staff, specifically: