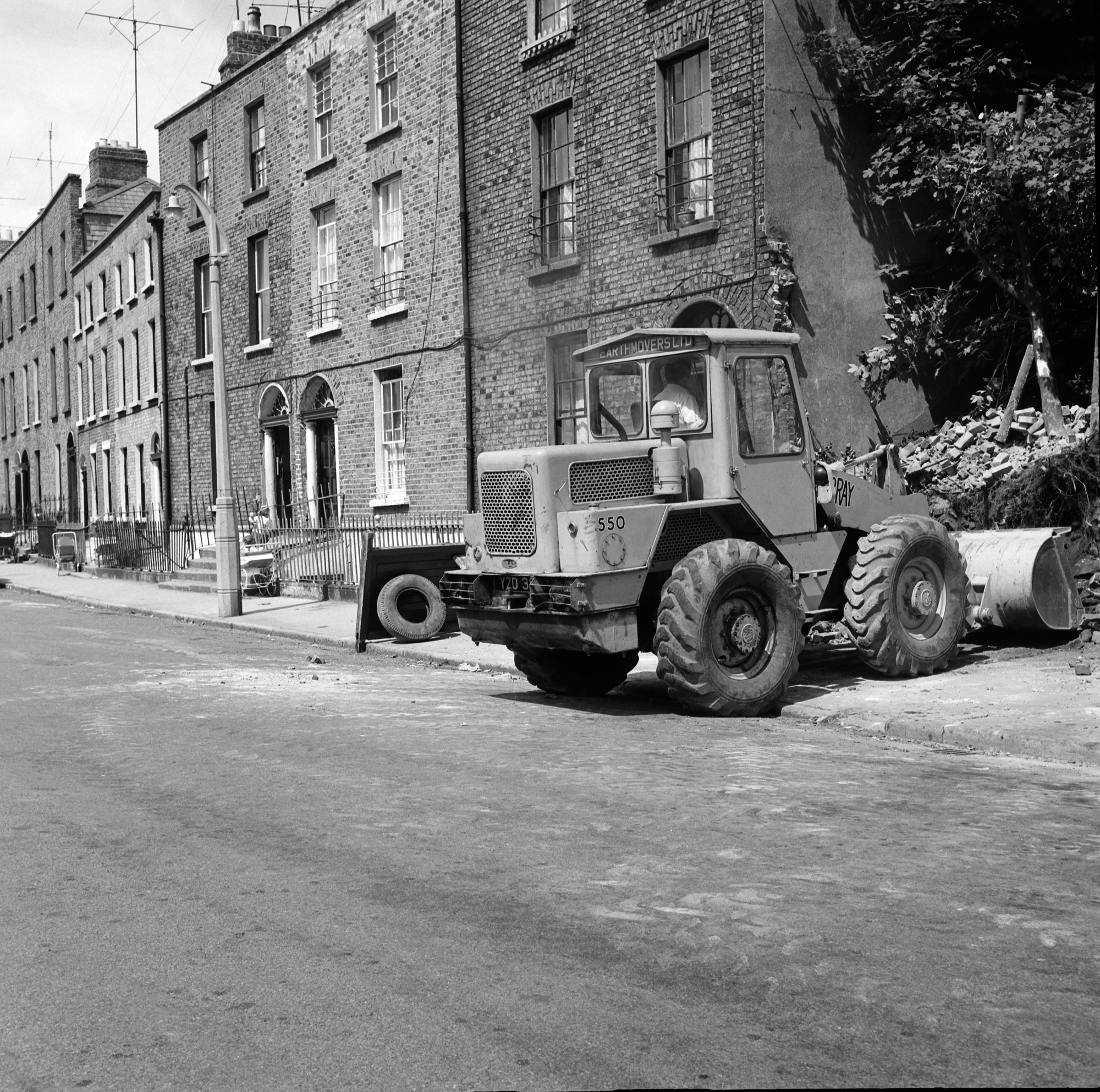 Try to find the date or year when this image was made.
Thanks for contributing!
When Elinor Wiltshire was taking her photographs Georgian Dublin was under siege with modernisation resulting in the tearing down of many buildings. In this shot a bulldozer clears rubble from a site somewhere in Dublin. Can we establish a location?

With thanks to abandoned railways and derangedlemur in particular, the consensus is that this is most likely the Charlemont Place (near Charlemont Luas stop and bridge) facing the Grand Canal. Whether removed by this particular piece of heavy machinery or another one, much of the buildings in shot here and now gone - making this one for our 'no longer standing' album....