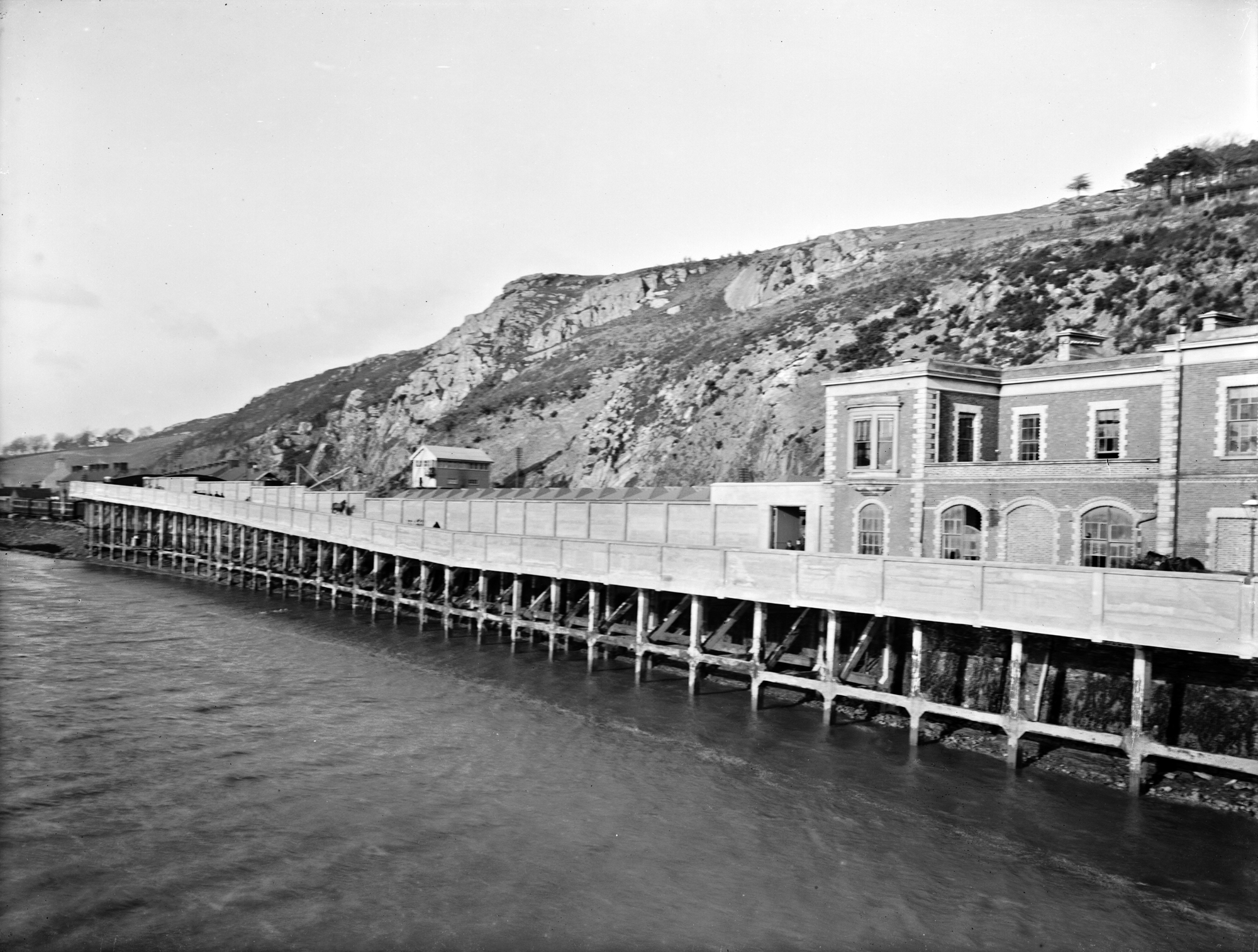 Try to find the date or year when this image was made.
Thanks for contributing!
A shiny new piece of engineering on the Kilkenny side of the Suir at Waterford with the elaborate title "New Road from river, Ferrybank, Co. Waterford : commissioned by Yorkshire Hennebique Co. Ltd., Leeds." I have a feeling things may have changed in the meantime?

Our intrepid contributors tell us that the company who commissioned this image, rightly proud of their engineering efforts, were associated to French engineer François Hennebique. Hennebique pioneered a reinforced concrete system that was very likely used in this construction. It has, outwardly at least, been changed and upgraded in the 100+ years since....