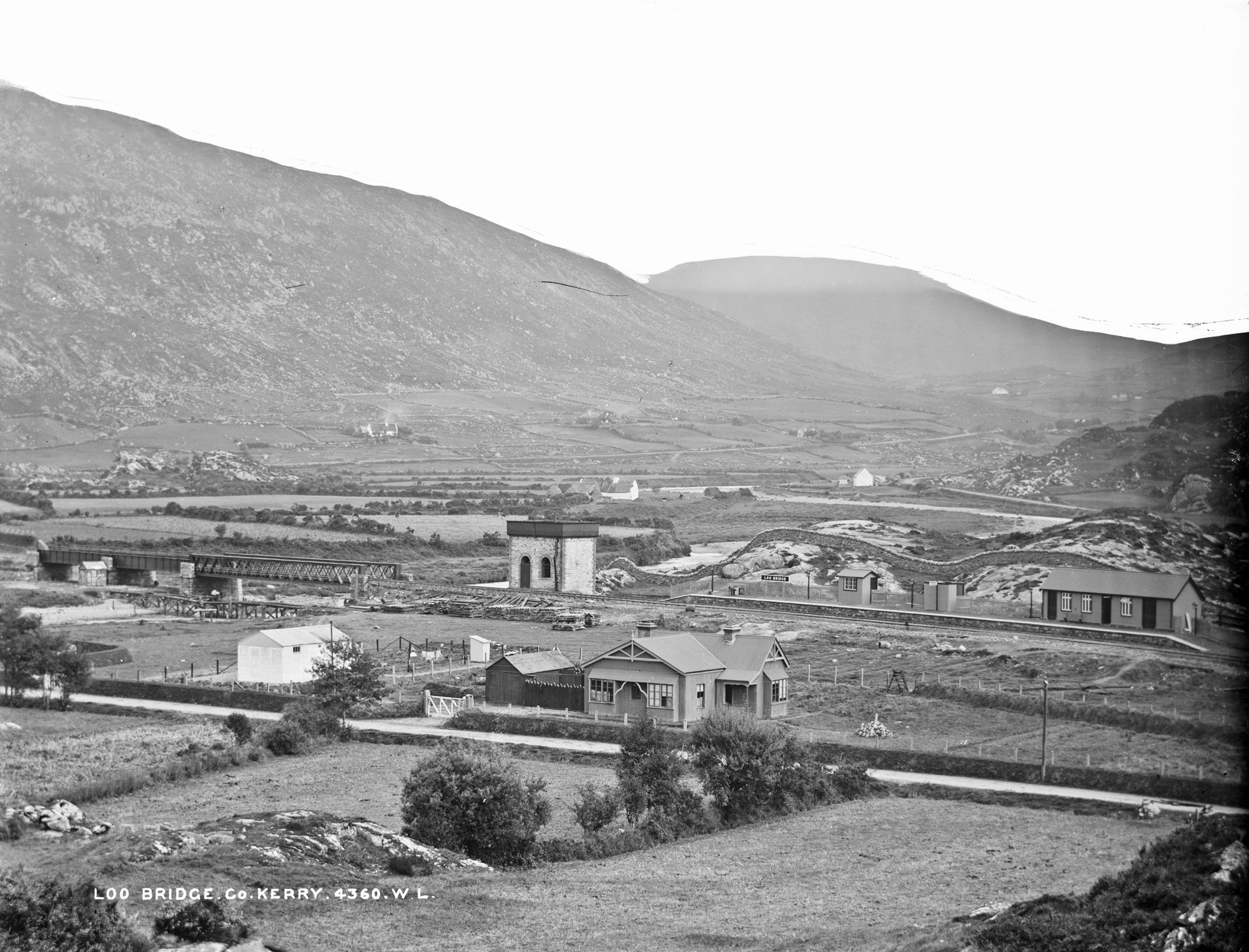 Try to find the date or year when this image was made.
Thanks for contributing!
Yet another wonderful Royal plate from Mr. French today with a valley scene from Glenflesk, Co. Kerry. Loo Bridge in Glenflesk looks to have been the centre of activity in the area at that time but I for one never heard of it! What was the bridge used for and does it still stand?

And the answer is that, while no longer in use (as a rail line, station and bridge at least), much of the structures we see here still remain. Another shot mercifully left out of our "no longer standing" album :)