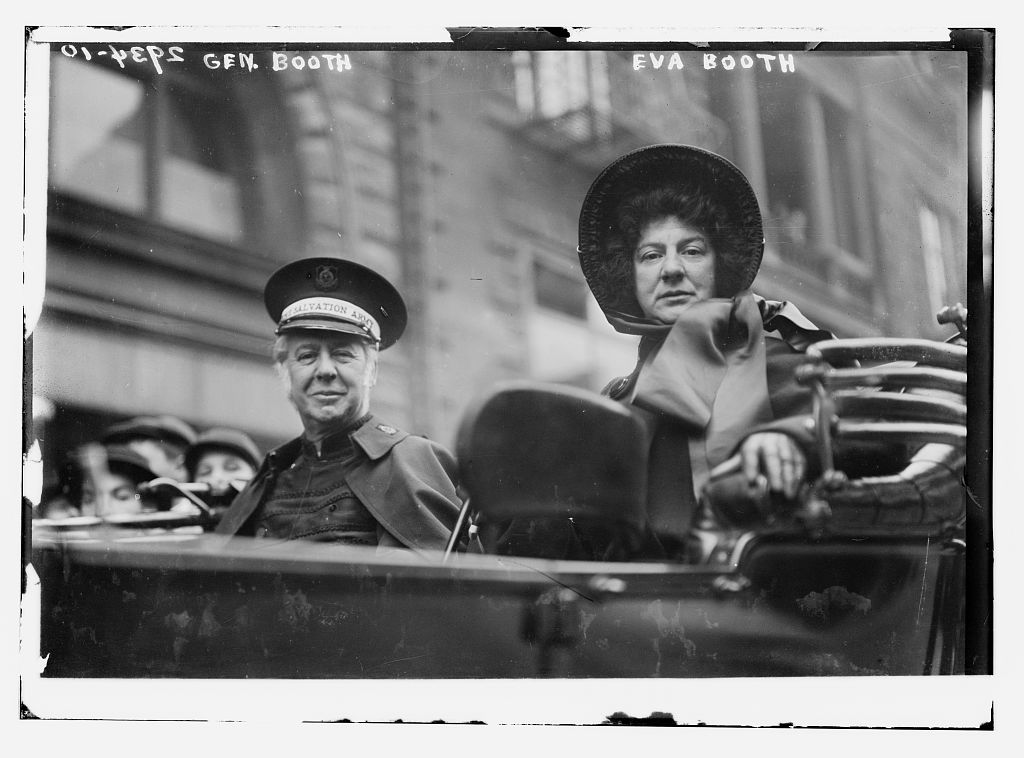 Notes:
Title from data provided by the Bain News Service on the negative. Date from similar Bain negative: LC-B2-2913-3.
Photo shows Bramwell Booth (1856-1929), the second General of the Salvation Army, with his sister Evangeline (Eva) Booth (1865-1950), during parade which accompanied Bramwell to his ship to return to England. Bramwell had been in New York City for the Salvation Army's convention. (Source: Flickr Commons project, 2010 and New York Times, November 25, 1913)
Forms part of: George Grantham Bain Collection (Library of Congress).