Waiting at the barracks door - the Waterford Militia 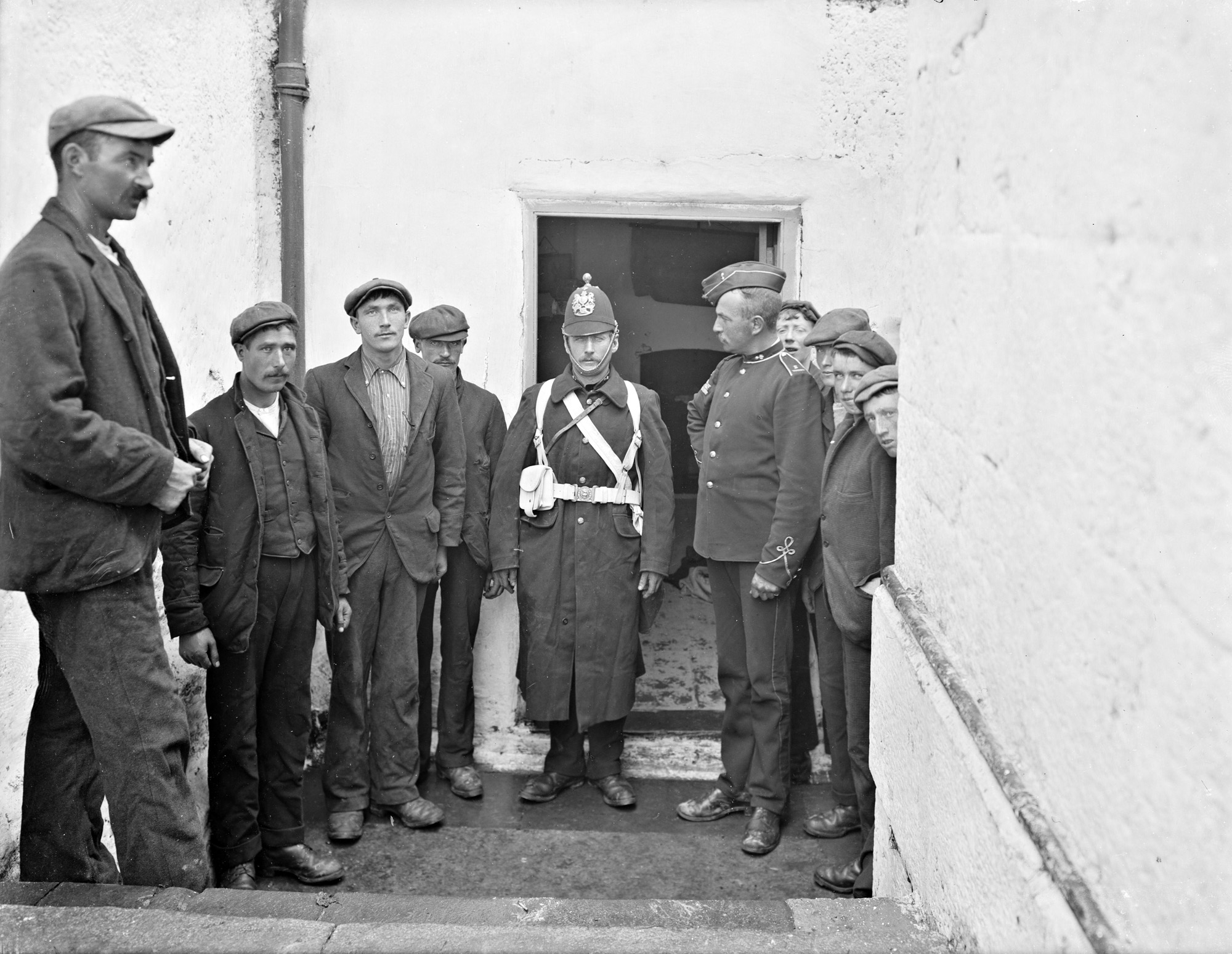 Try to find the date or year when this image was made.
Thanks for contributing!
While the sentry (in full uniform but without his rifle) stands guard, and his colleague in "undress" uniform looks on, the new recruits wait in anticipation! A candid image from Poole to start the week. It was presumably taken in Waterford - given that it is labelled as being the "Waterford Militia"?

We entirely concur with Niall McAuley and Rory_Sherlock that this was taken at Waterford's artillery barracks (in the city's South Ward). BultacoFan and others also agreed with the (granted vague) catalogue dating - as this is almost certainly within the first decade (and possibly even the first year or so) of the catalogue's date range. As with equivalent regiments like the Donegal Artillery Militia and Dublin Artillery Militia, these Waterford lads were part-time reservists who undertook training for 3 or 4 weeks of the year. Most of these militia units were largely disbanded by about 1908....