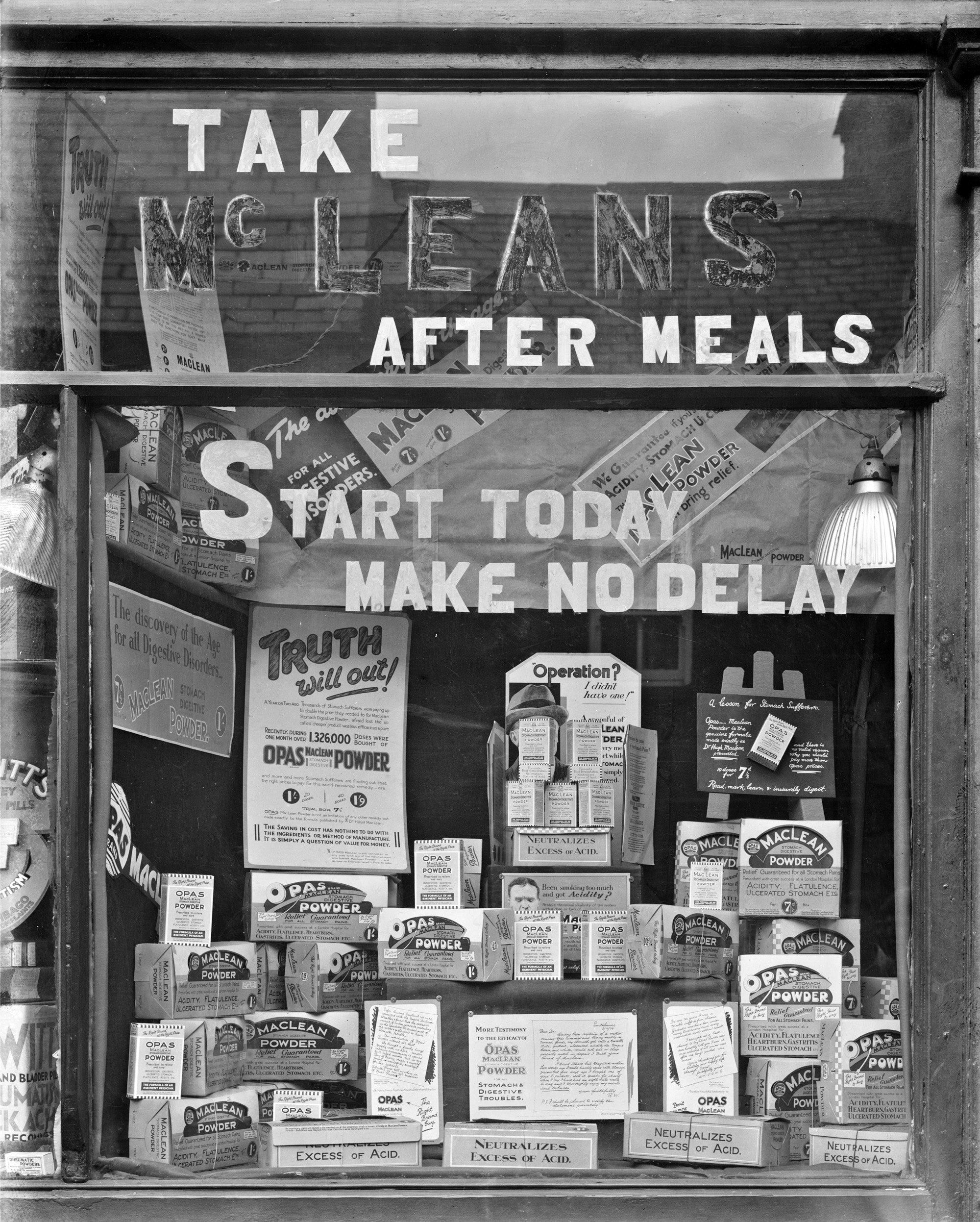 Try to find the date or year when this image was made.
Thanks for contributing!
Poor morning Mary is suffering a bad bout of vertigo after all the standing on her head trying to see the "Uppsidey Downsie" half of yesterdays Eblana Collection offering. So, for safety's sake, I've gone back to the ever reliable Mr. Poole for this mornings offering!

Just in case there was any doubt about what was being advertised in this (extensive) window display, we have confirmation that Maclean's (note placement of the "a" and the apostrophe mister sign-writer) Opas Powder was an antacid marketed from at least the mid 1930s. In this case it is being heavily promoted by Curtis' pharmacy on Waterford's Barrack Street....