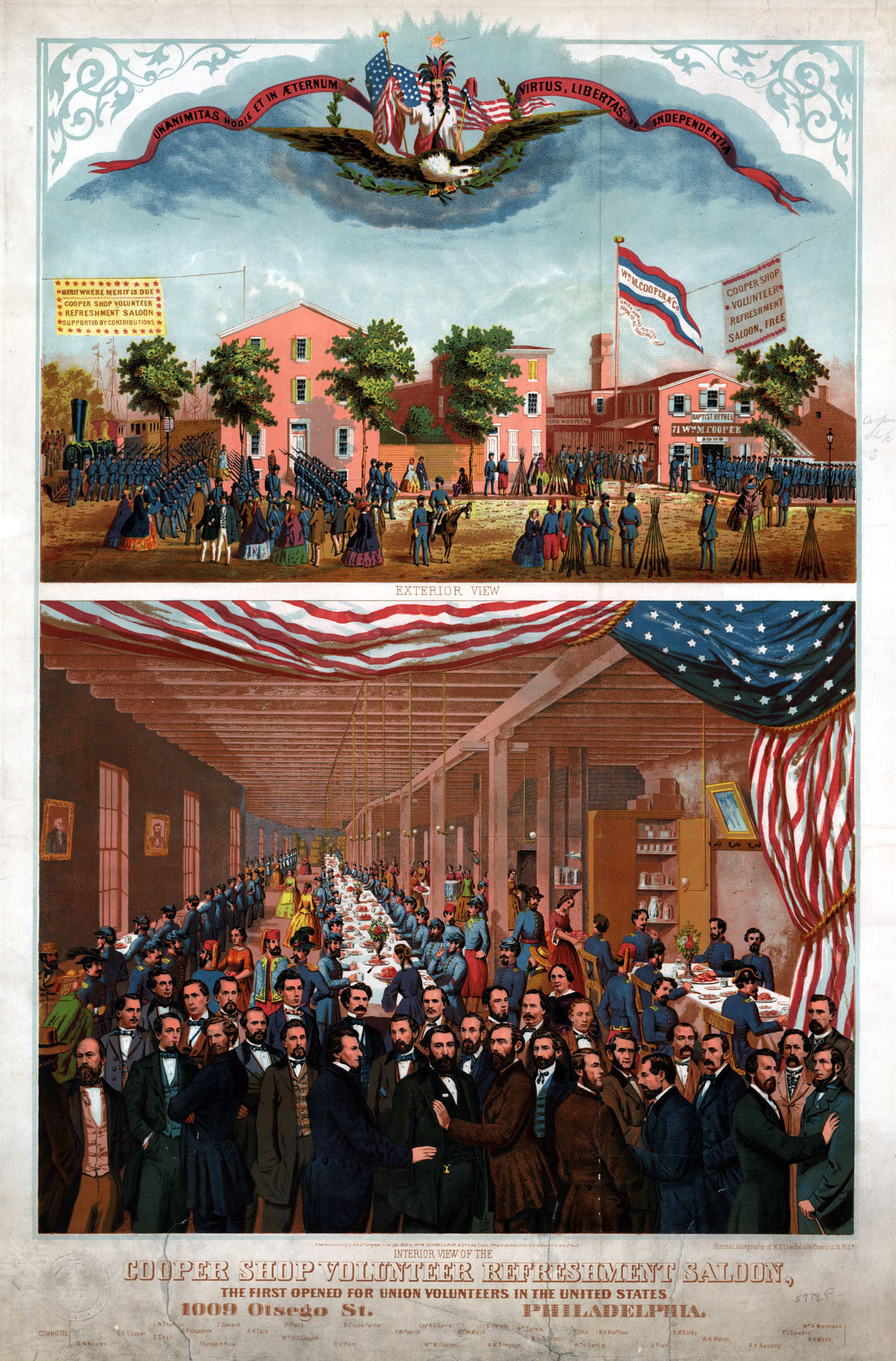 Try to find the date or year when this image was made.
Thanks for contributing!
Print containing an exterior and interior view of the Cooper Shop Volunteer Refreshment Saloon situated near the Philadelphia, Wilmington & Baltimore Railroad station, the transportation hub between the North and the South. Exterior view shows recently arrived troops marching toward and into the saloon passed civilians and intermingling soldiers, including Zouaves. Banners and flags promoting the Cooper Shop and soliciting contributions adorn the saloon buildings. Interior view shows the saloon committee gathered in the dining hall in front of a long table at which soldiers dine. Female volunteers attend to the men who also stand at a dining bar. Also shows officers dining at a smaller table to the right next to an unidentified woman, possibly Mrs. William M. Cooper, posed near the committee. The names of the thirty committee members are printed below the image. Also contains the figure of liberty astride an eagle in front of a banner printed "Unanimitas Hodie Et In Aeterum Virtus, Libertas et Indepentia." The Saloon, established in 1861 in the old cooperage of William M. Cooper & Co., was a volunteer relief agency that provided meals, hospital care, washing, sleeping, and writing facilities to over 400, 000 military personnel, refugees, and freedmen.