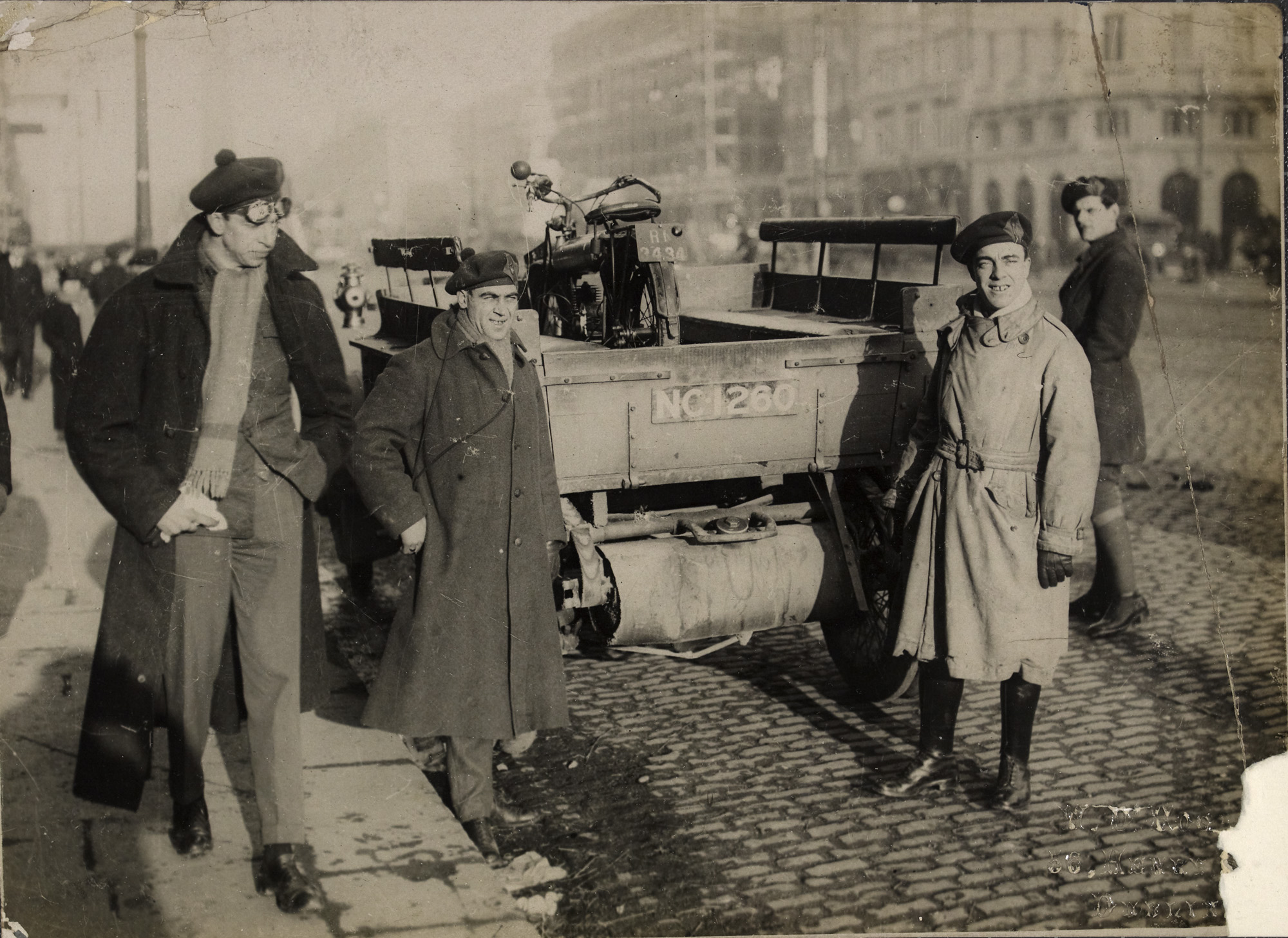 Try to find the date or year when this image was made.
Thanks for contributing!
Back with the Hogan-Wilson Collection today and this time in black and white (I think:-(). Black and Tans with a captured motor cycle, I wonder did it put up a fight and did they learn much when it was interrogated?

While the catalogue entry for this is pretty definitive ("Black and Tans with captured motorcycle, Clonmel Street, Dublin"), the consensus is that there is at least one error in that title. And possibly more. The first issue is the location. This is not Clonmel Street (a tiny "dead end" of a street off Harcourt Street), but of course it is O'Connell Street. The second question is whether the man in the goggles (also in uniform) is the bike's rider. A despatch rider. In which case is the bike being "captured" or simply "carried". The third question is whether these are Auxillaries (Auxies) rather than Black and Tans (Tans)…..