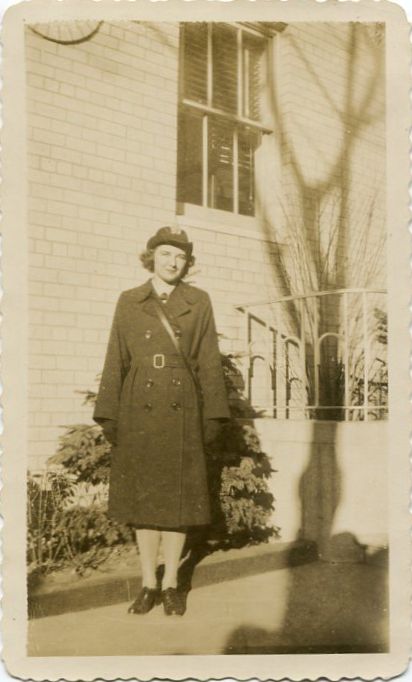 Try to find the date or year when this image was made.
Thanks for contributing!
Snapshot of U.S. Naval Reserve (WR), or WAVES, Ensign Pflueger of San Francisco, California, commanding officer of Platoon (or Company) 2237 at the U.S. Naval Training Center (Women’s Reserve) for U.S. Naval Reserve (WR) at Hunter College in Bronx, New York, during World War II. Photograph taken outside of Building M, Apartment 6-D, where the WAVES members lived on March 29, 1943. Photograph taken while Hilda Hines of Roanoke Rapids, N.C., was serving under Pflueger at Hunter College (March 29, 1943).