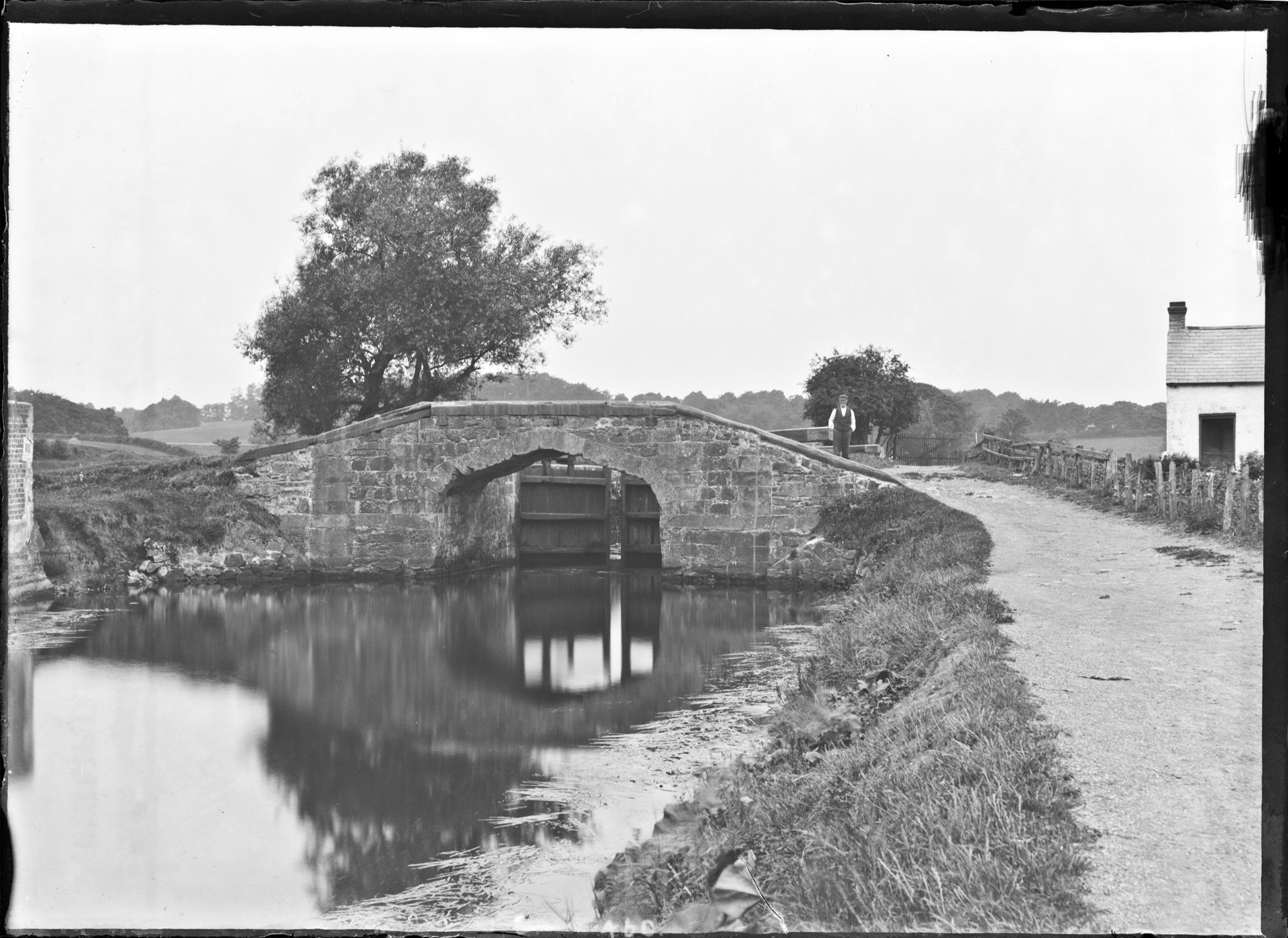 Try to find the date or year when this image was made.
Thanks for contributing!
From Apostles of Temperance in Cork to locks on the Lagan near Belfast for todays image. The Eason collection has some interesting and educational images, and for me this was an eye-opener - as I never knew that the Lagan was managed and made navigable above the tide mark! When did all this take place and is it still in use?

With thanks to robinparkes, sharon.corbet, ɹǝqɯoɔɥɔɐǝq and the Wikipedia article on the 'Lagan Navigation', I am further educated on this section of waterway. Seemingly it opened in the mid-18th century, and was viable until the mid-20th century. Closed in the 1950s, it seems that at least part of the lock system (and these lock keepers cottages) have been restored and given new life since. I wonder what the man pictured would have made of it all....