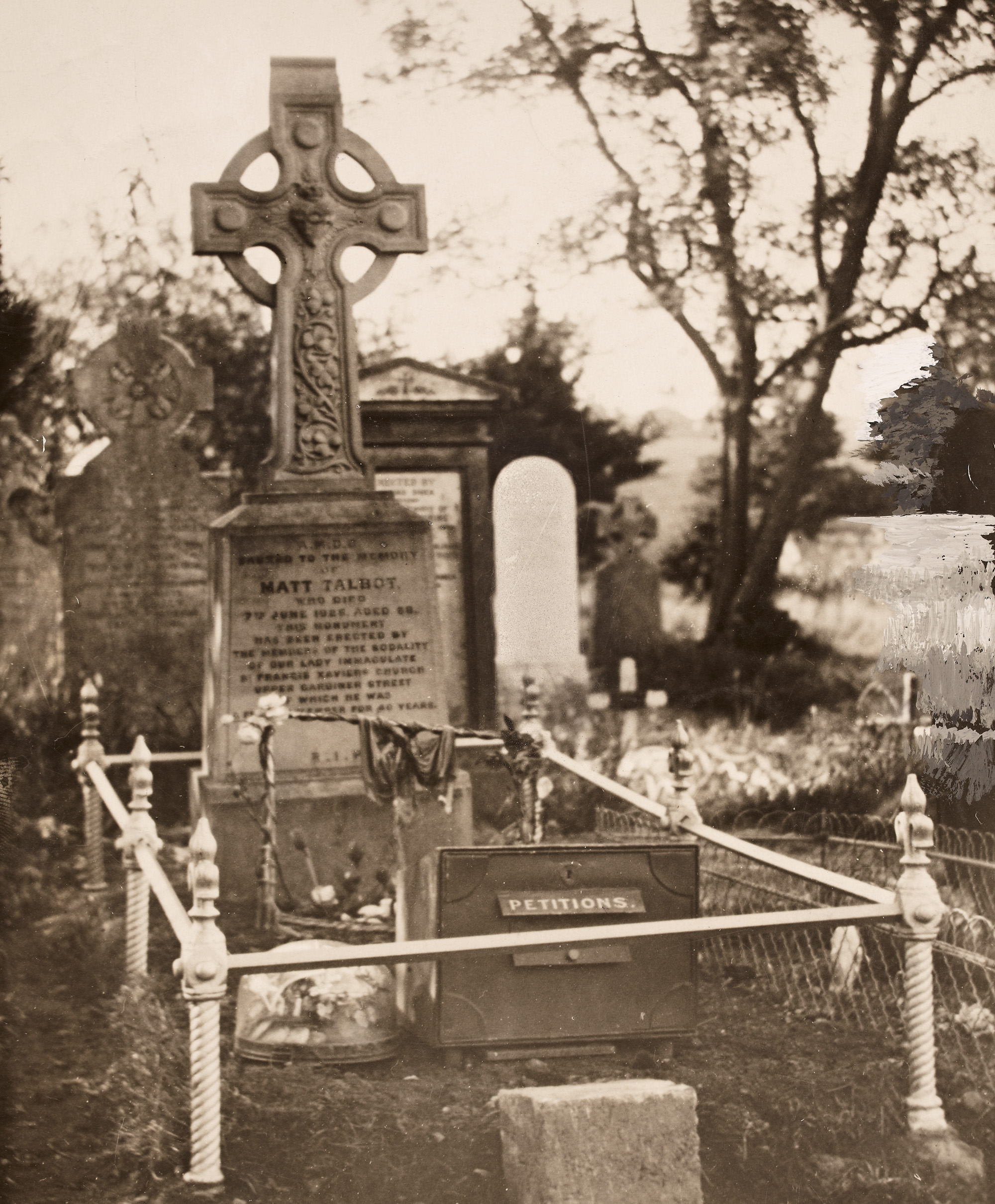 Try to find the date or year when this image was made.
Thanks for contributing!
The grave of Matt Talbot in Glasnevin Cemetery, with high cross gravestone and petitions box. Following so soon after our photo of Father Matthew, the prince of total abstinence, we have Matt Talbot, a man who struggled with alcohol. What more can you tell us about Matt and this photo?

Our contributors tell us that petitions for the beatification of Matt Talbot (1856–1925) were initiated soon after his death, and so the 'petitions' box might date the photo to the late 1920s or early 1930s. His remains were reinterred (twice), and his grave and gravestone are no longer at Glasnevin, but at Our Lady of Lourdes Church on Seán MacDermott Street....