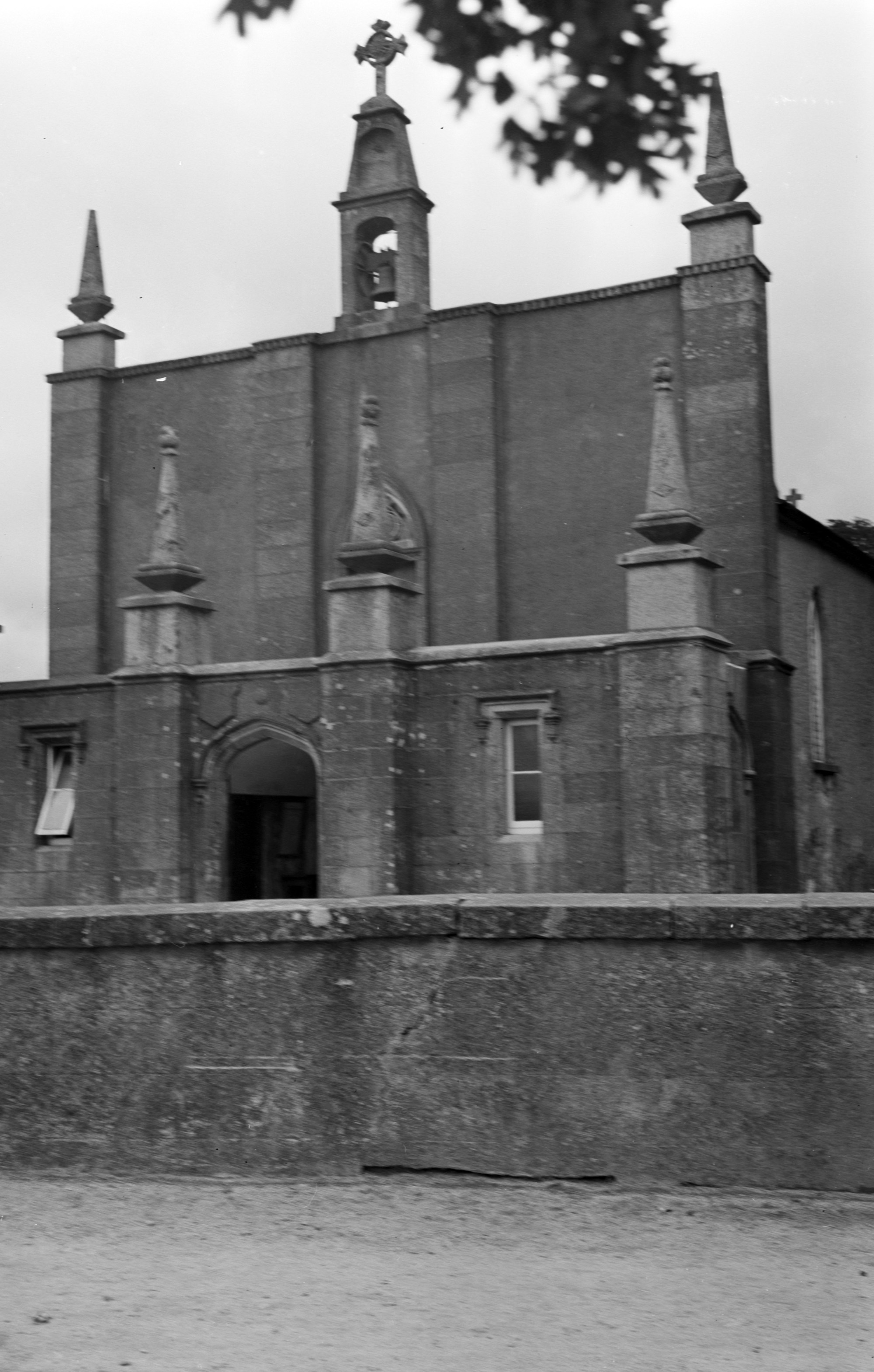 Try to find the date or year when this image was made.
Thanks for contributing!
On "All Saints" day we have an image of a church. Not your typical picture postcard church however, but a rather grim looking building that could easily hold the appellation "The Black Church". Taken in Valleymount by Mr. O'Dea in 1938, it must be one of the oldest of his photographs we have ever posted? Does it still stand and has the aspect been improved somewhat in the intervening years?

RorySherlock was quick to confirm that, despite the flooding of lower-lying lands nearby (as part of the Pollaphuca project), this church is still standing. And perhaps looking more inviting than the O'Dea shot suggests. The unusual facade (for this part of the world at any rate) seems to be attributed to (perhaps apocryphal) influences from either Mexico or Malta. Some place beginning with "m" anyway....