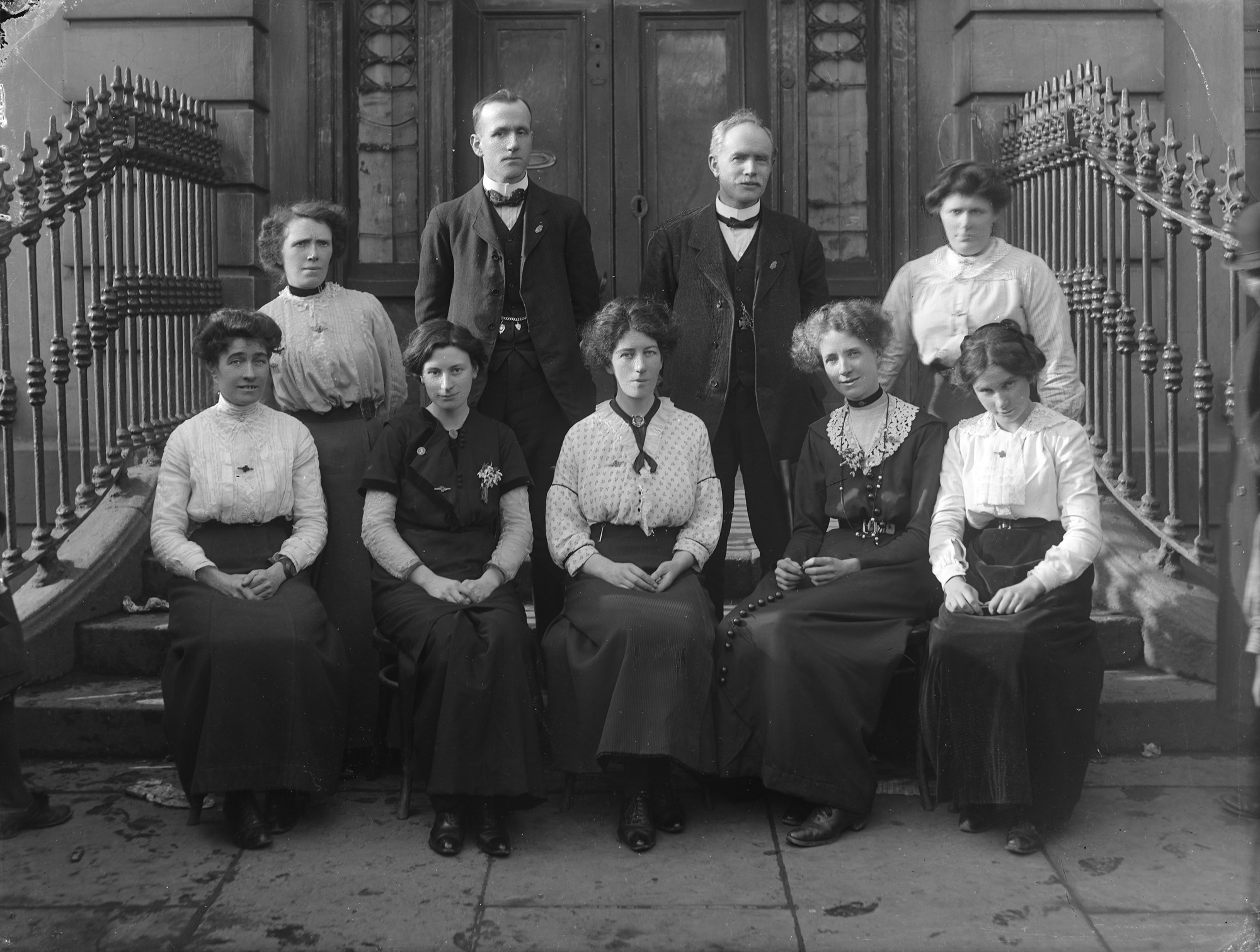 Try to find the date or year when this image was made.
Thanks for contributing!
A rare visit to the Keogh Collection today and as ever a fine photograph with an historic context. A group of ladies on the steps of Liberty Hall and clearly the old Liberty Hall which will help with the dating? I love the evidence of the two almost photo bombers!