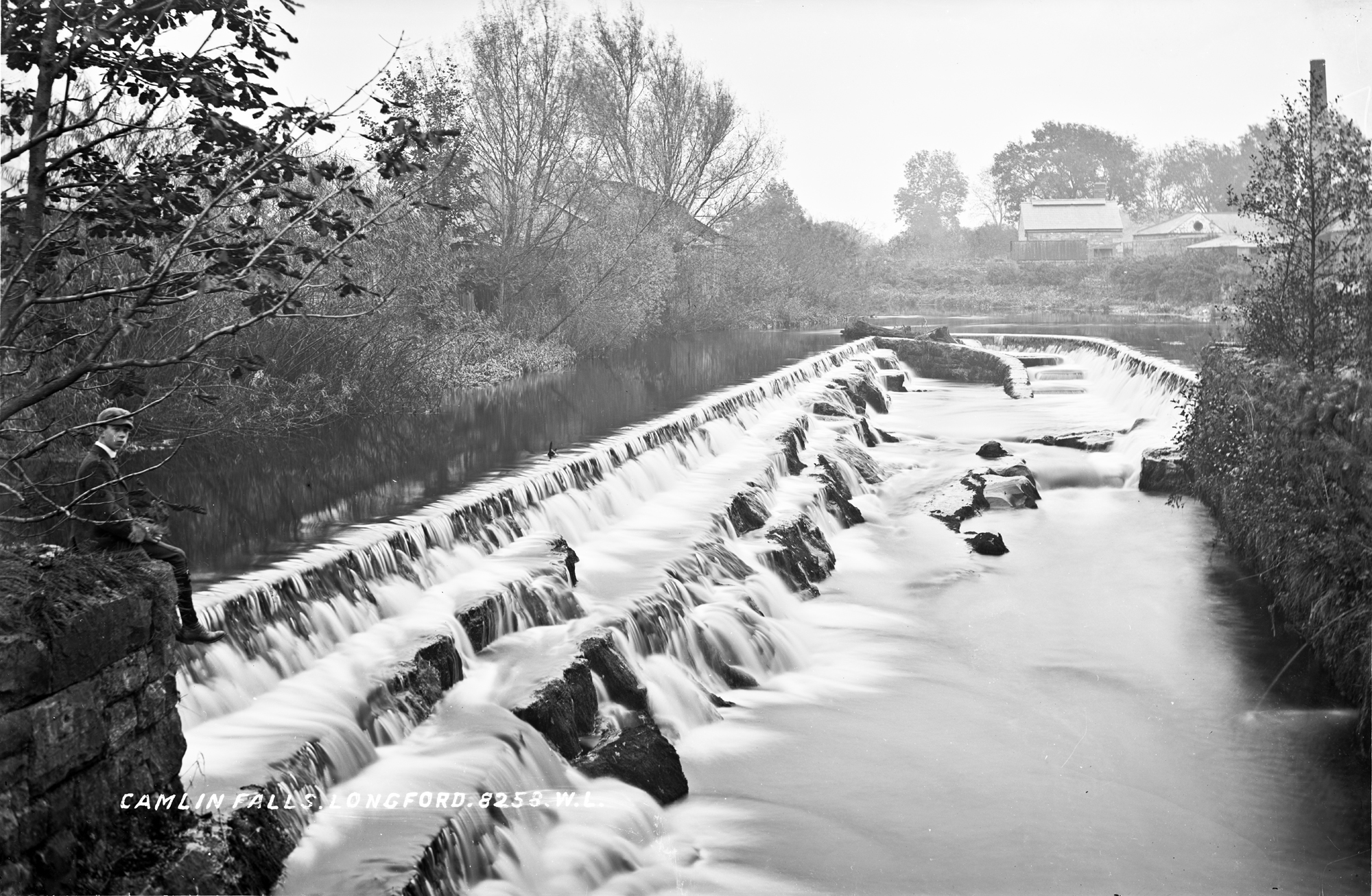 Try to find the date or year when this image was made.
Thanks for contributing!
These unusual water falls in County Longford are today's offering from the Lawrence Collection. Obviously part of a river management system and I imagine an adventure for kayakers if it still exists. I love the wee spout of water coming from the wall on the right, I can just imagine the boy on the dike putting his finger into just such a hole :-)

derangedlemur, B-59and Niall McAuley have helped us map this to a spot on the River Camlin. Interestingly, the NIAH entry the guys point us to suggest this was part of a corn mill, while the historic OSI map puts it alongside a saw mill. Whatever the case, while the mills are long gone, the weir itself clearly remains....