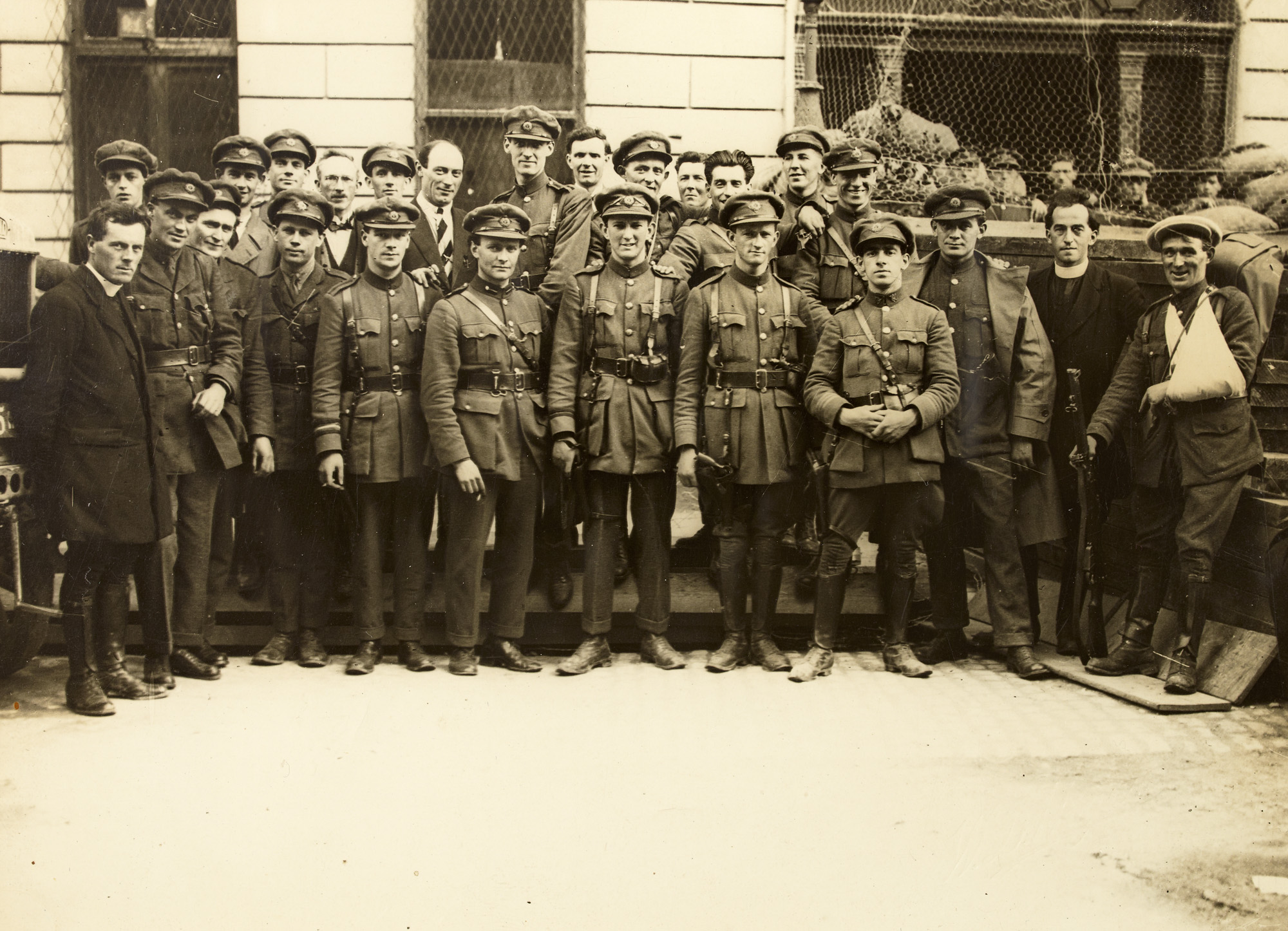 Try to find the date or year when this image was made.
Thanks for contributing!
Another Hogan-Wilson photo today, with a group of Free State soldiers and civilians posing to record history in the making. Almost certainly taken during the Irish Civil War, the chicken wire on the doors and windows behind them was intended to deflect grenades thrown by passing irregulars!

Today is the 100th anniversary of the 1918 General Election where women first got the right to vote: But only if they had a property qualification and were over 30!