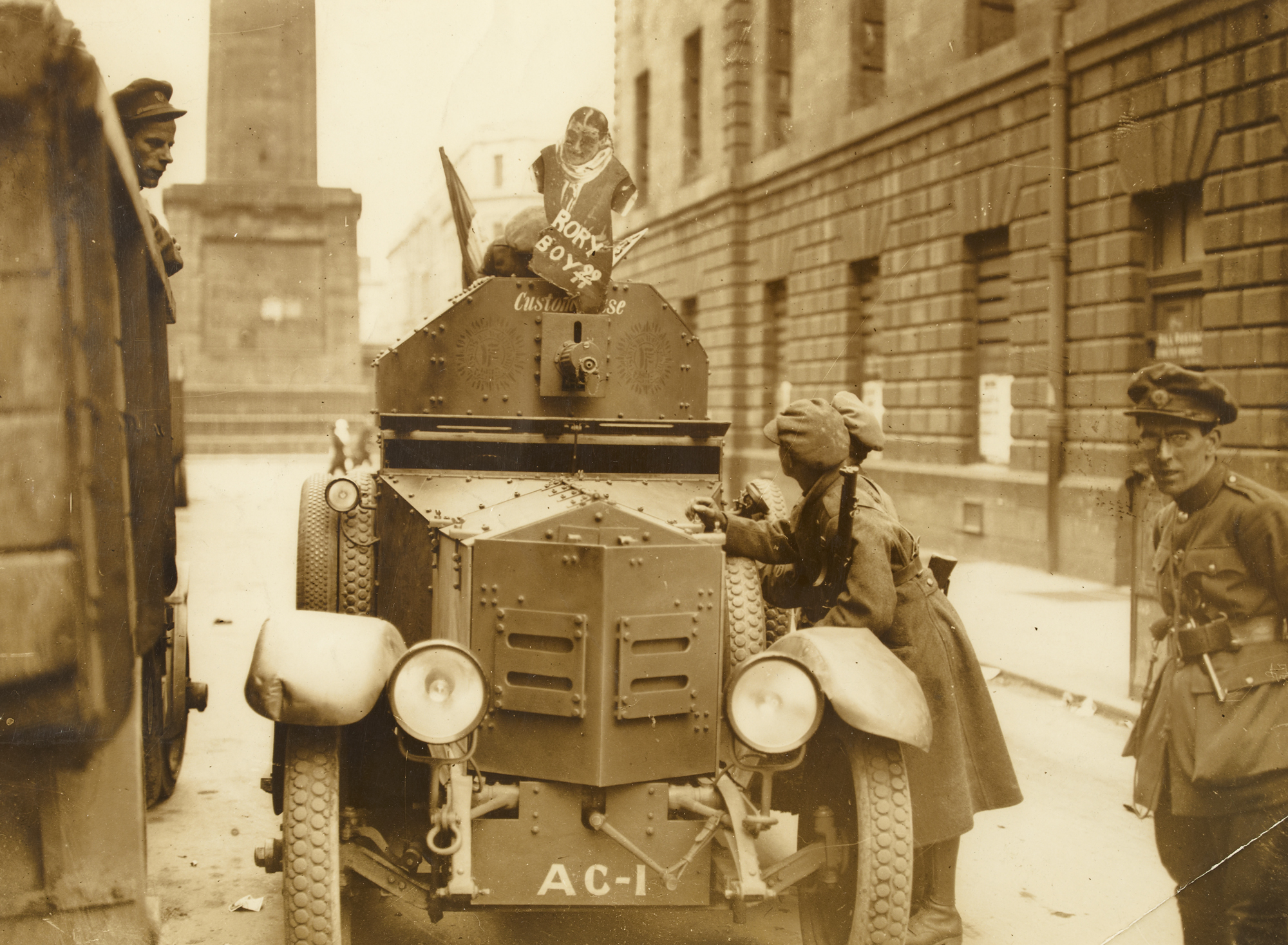 Try to find the date or year when this image was made.
Thanks for contributing!
We have had armored cars on this stream before and whereas I do have that "déjà vu" feeling, I believe we have not seen this particular one. We are in the center of Dublin the questions are what is the date and what are they doing there?

While there were not as many unknowns here, when compared to our other more evasive mysteries, derangedlemur, Beachcomber, and guliolopez have corroberated the key points; Of location, subject and date. The location is unequivocal - the corner of Henry Street and O'Connell Street (beneath Nelson's Pillar and the GPO). The principal subjects are confirmed as members of the Pro-Treaty National Army, including Captain Patrick (Specky) Griffin on the right, their Rolls-Royce Armoured Car (number ARR6), and an effigy they appear to have made of Anti-Treaty republican Rory O'Connor. The date, based on this effigy and other clues, is suggested as sometime within the first week of July 1922 - during the Civil War's 'Battle of Dublin'. Probably within a day or so (or even just a few hours or minutes) of Hogan's image of the evacuation of a nearby hotel.....