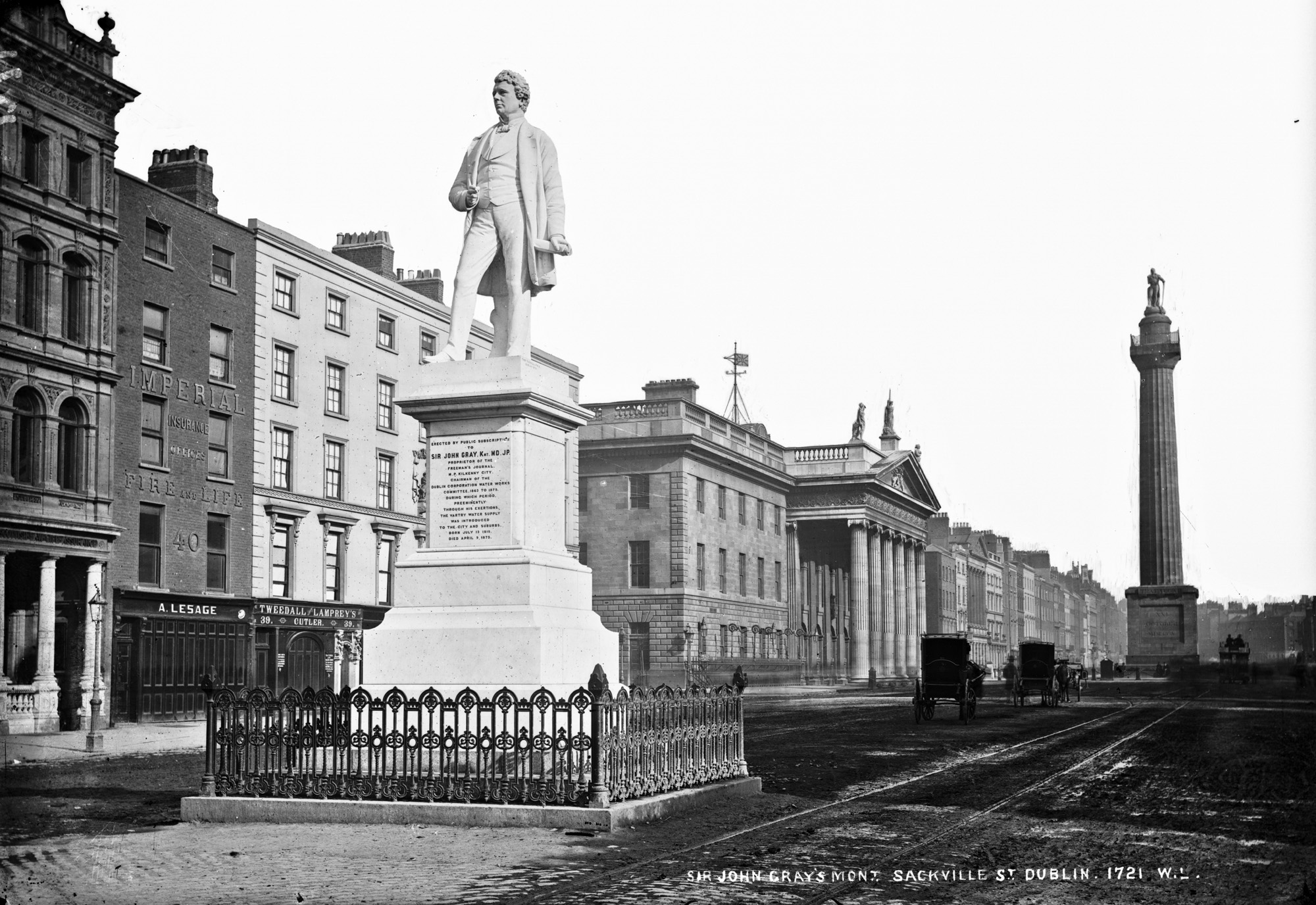 Try to find the date or year when this image was made.
Thanks for contributing!
This beautiful shot of Sir John Gray's monument and a pristine Sackville Street, (O'Connell Street) taken in the early morning, The street is clear apart from some hackneys waiting for fares with Nelsons Pillar standing proud and the GPO in all its grandeur unaware of the devastation to come!

Apart from connecting the statue, its subject and its inscription to our recent Vartry Works photos, the main learnings here were from Niall McAuley. On date. Niall has whittled down the 50 year catalogue range - to perhaps just a decade or so (1880-1890 - give or take a year or so). On the basis of the statue itself.....