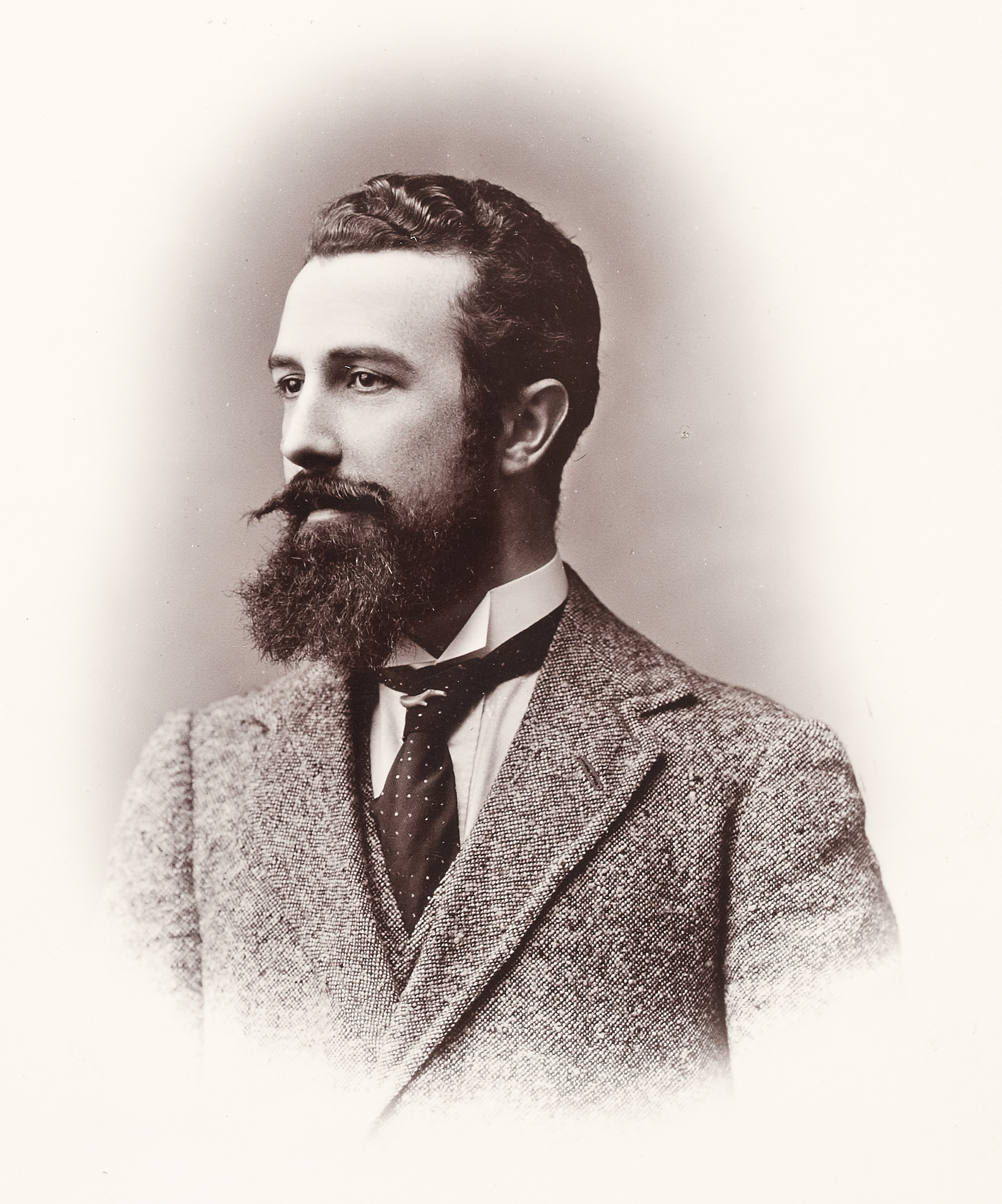 Try to find the date or year when this image was made.
Thanks for contributing!
A Poole studio image of this hirsute young man with a distinctive name to match his appearance. He features in the Irish Political Figures collection but I, for one, have never heard of him before. Therefore, could he be described as a known unknown?

While previously unknown to all of us Marys, we were delighted to be schooled on the life and times of Herbert Moore Pim. While summarised in the verso of this image (itself "shopped" from a Poole original) an aptly titled article on the Curious Career of Herbert Moore Pim covers the main points. At once Quaker and Catholic, Unionist and separatist, fascist and bohemian, he comes across as one who perhaps was a little less certain of his own mind than most others in the political figures collection. He did seem to maintain his lustrous beard throughout however :)