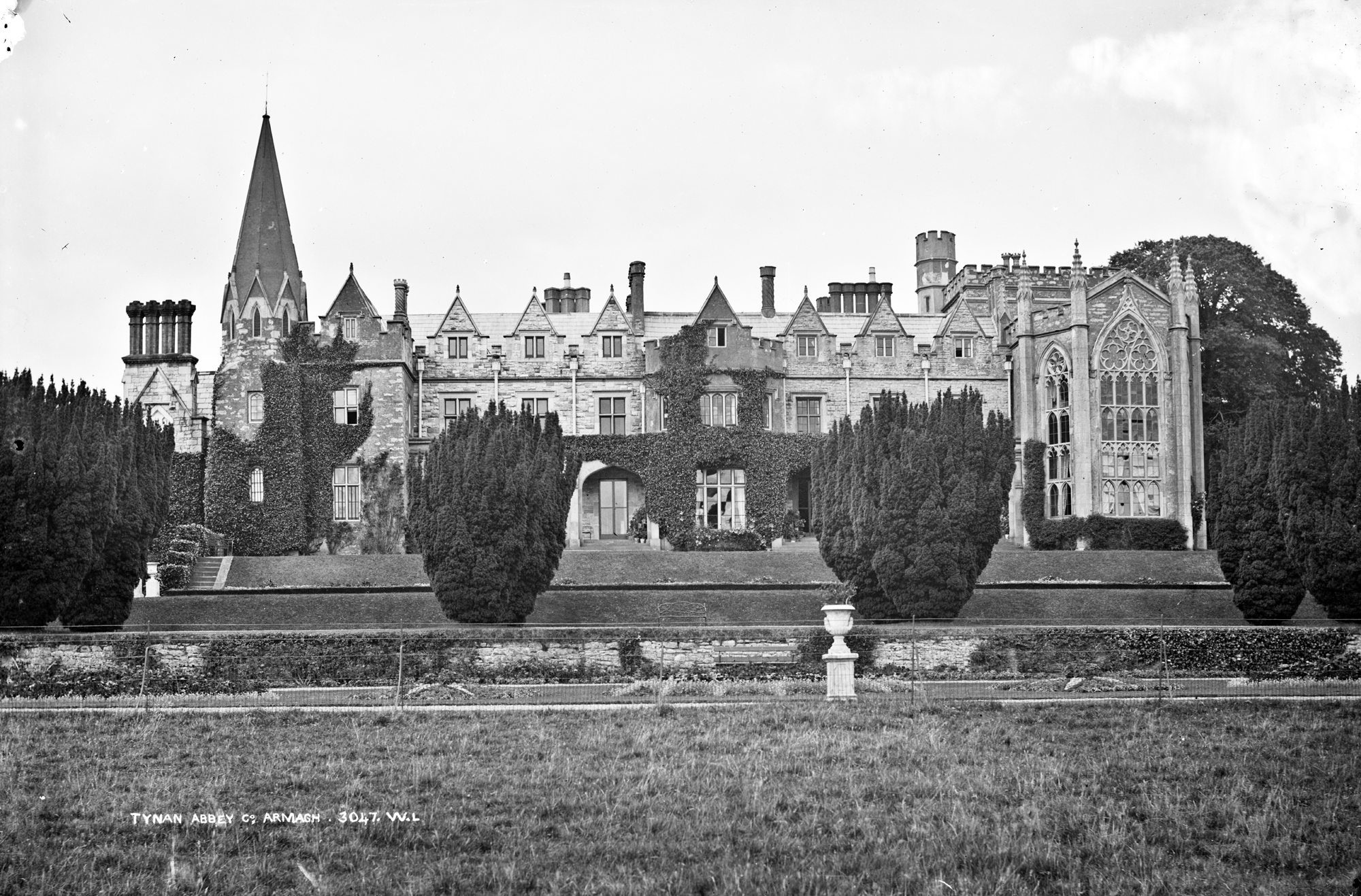 Try to find the date or year when this image was made.
Thanks for contributing!
This fine looking building in County Armagh will start our week. It would not look out of place in any of our near British or European neighbours. Does it still stand or has it fallen victim to time and 'progress'?

Regrettably, based on today's inputs (including from Fred Dean Snr who points us to the building's Wikipedia entry) we have added this image to our "no longer standing" album. Long associated with the Stronge family, the building was the site of terrible events during the Troubles - in which the then elderly 8th Baronet and his son were killed. The building we see here was burned down in the same event, and demolished the following decade. Only the arch of the frontdoor remains.....