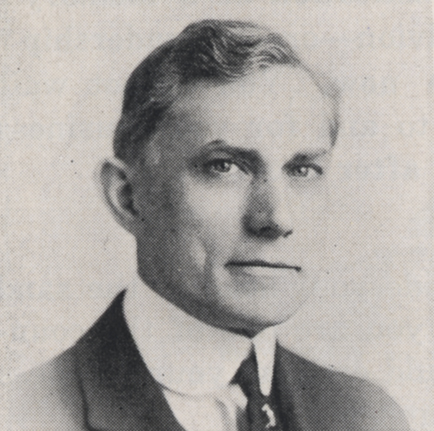 Try to find the date or year when this image was made.
Thanks for contributing!
Edward D. Howard, born in 1868, was one of the founding residents of Upper Arlington. Mr. Howard attended Otterbein University before graduating from Ohio State University in 1894. He practiced law and also served in many civic capacities. The government offices he held included: Assistant Prosecuting Attorney of Franklin County, Assistant Secretary of the State of Ohio, and Columbus City Councilman. In Upper Arlington, Mr. Howard was elected the first Village Clerk in 1918, was President of the Charter Commission, was chairman of the city's annual Field Day in 1923, and served on the Park Board in 1934. He married Eliza Miller in 1904. Eliza Miller was the daughter of James T. Miller, the first mayor of Upper Arlington. The Millers' farmland was used to create the village of Upper Arlington, and the Miller estate, known as the "White House" was the first residence in the community. As young women, Eliza (Miller) Howard and her sisters, who were known collectively as "The Aunties" by Upper Arlington residents, were active supporters of the Red Cross' war efforts and campaigners for Women's Suffrage. "The Aunties" as well as both the Miller and Howard families, made numerous contributions to the city of Upper Arlington and left a distinguished legacy of civic involvement. Edward D. and Eliza (Miller) Howard resided at 1800 Riverside Drive and had two children, Eliza and Edward Junior. Eliza married Harold Mussman. Unfortunately, Edward Junior died in his youth.

This image available online at the UA Archives >>

Read the related "Norwester" magazine article at the UA Archives >>