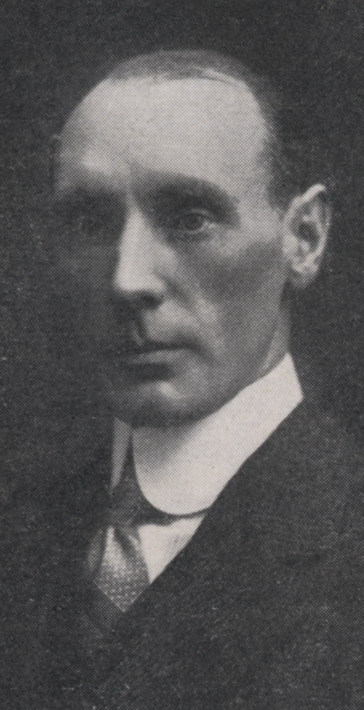 Try to find the date or year when this image was made.
Thanks for contributing!
John Fenton was born in Liverpool, England in 1881. He and his wife, Evelyn (Edgington) Fenton, also a Liverpool native, had three children, Olive, Evelyn, and Frank Fenton. It appears that Evelyn Fenton's mother, Mrs. Mary Edgington, also resided with the family at 1901 Tremont Road. Mr. Fenton was in the shoe business and excelled at tennis, serving on the Board of Directors of the Upper Arlington Tennis Club. He was an elected member of the Charter Commission of the Village of Upper Arlington, which the residents of Upper Arlington voted to adopt. The village charter became effective on March 29, 1919. Mr. Fenton also played the violin and performed at the first Upper Arlington general community party in 1919 with his daughter, Olive, at the piano. Mrs. Fenton was among the early amateur and professional artists in Upper Arlington. As a boy, Frank Fenton was active in the Columbus Council Boy Scouts of America, Troop 10. The troop was active in the war effort, selling Thrift Stamps and aiding Red Cross and Y.M.C.A. drives. Frank Fenton got his start writing as a young student and contributed a number of short stories to the Norwester, Upper Arlington's monthly publication. He later moved to Hollywood in the 1930's where he became a screenwriter. He wrote the script for "Malaya" about reporter John Royer who had been Frank's classmate in Upper Arlington and at Ohio State University. Evelyn Fenton danced in a Flag Day celebration. Evelyn was a member of the class of 1925, the first twelfth grade class to graduate from Upper Arlington High School, and a member of the first girls' basketball team.

This image available online at the UA Archives >>

Read the related "Norwester" magazine article at the UA Archives >>