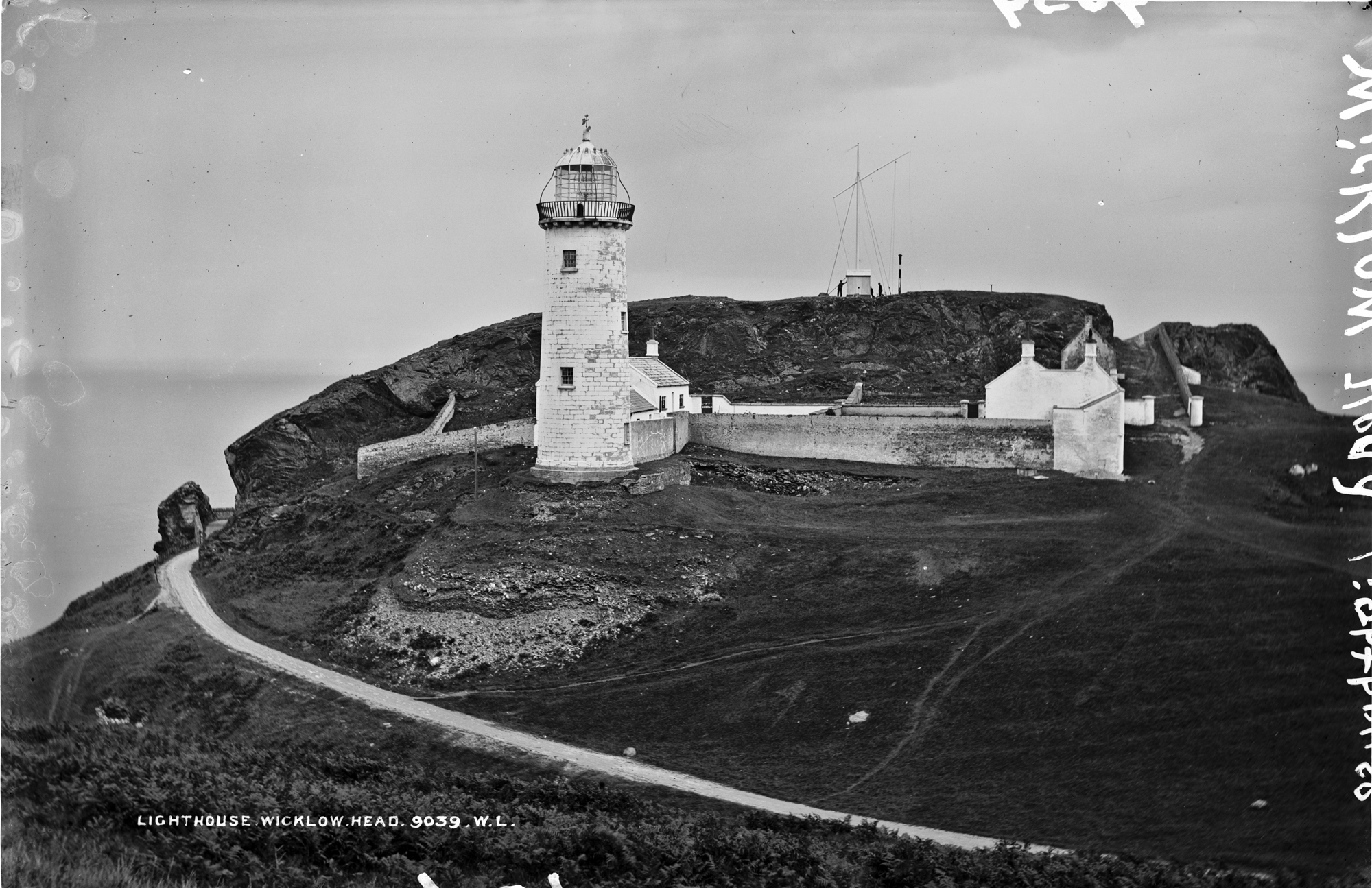 Try to find the date or year when this image was made.
Thanks for contributing!
Standing proud and distinctive on Wicklow Head the lighthouse was an essential beacon for the many ships sailing along the Irish Sea. Our great hope is that we can get a little more information on it than we did on the Emmetts Cricket Club from Skerries?

With thanks in particular to sharon.corbet, Niall McAuley and BeachcomberAustralia we learned that there are actually a number of lighthouses on Wicklow Head. This quick flyover video shows their relative positions. One of the earliest examples, the "Rear Lighthouse" is "behind" the photographer here, further inland, and was built in 1781 and is now a holiday rental operated the the Irish Landmark Trust. The most recent, somewhat over the "hump" we see here and closer to the water, was built in the 19th century and is still active and operated by the Commissioners of Irish Lights. The one pictured here, effectively between the other two, dates from the 18th century, but is apparently seen here after some 19th century developments. The "outbuildings" are no longer standing - though the tower itself remains....