But the last shall be first and the first shall be last: May the Lord in His mercy be kind to Belfast 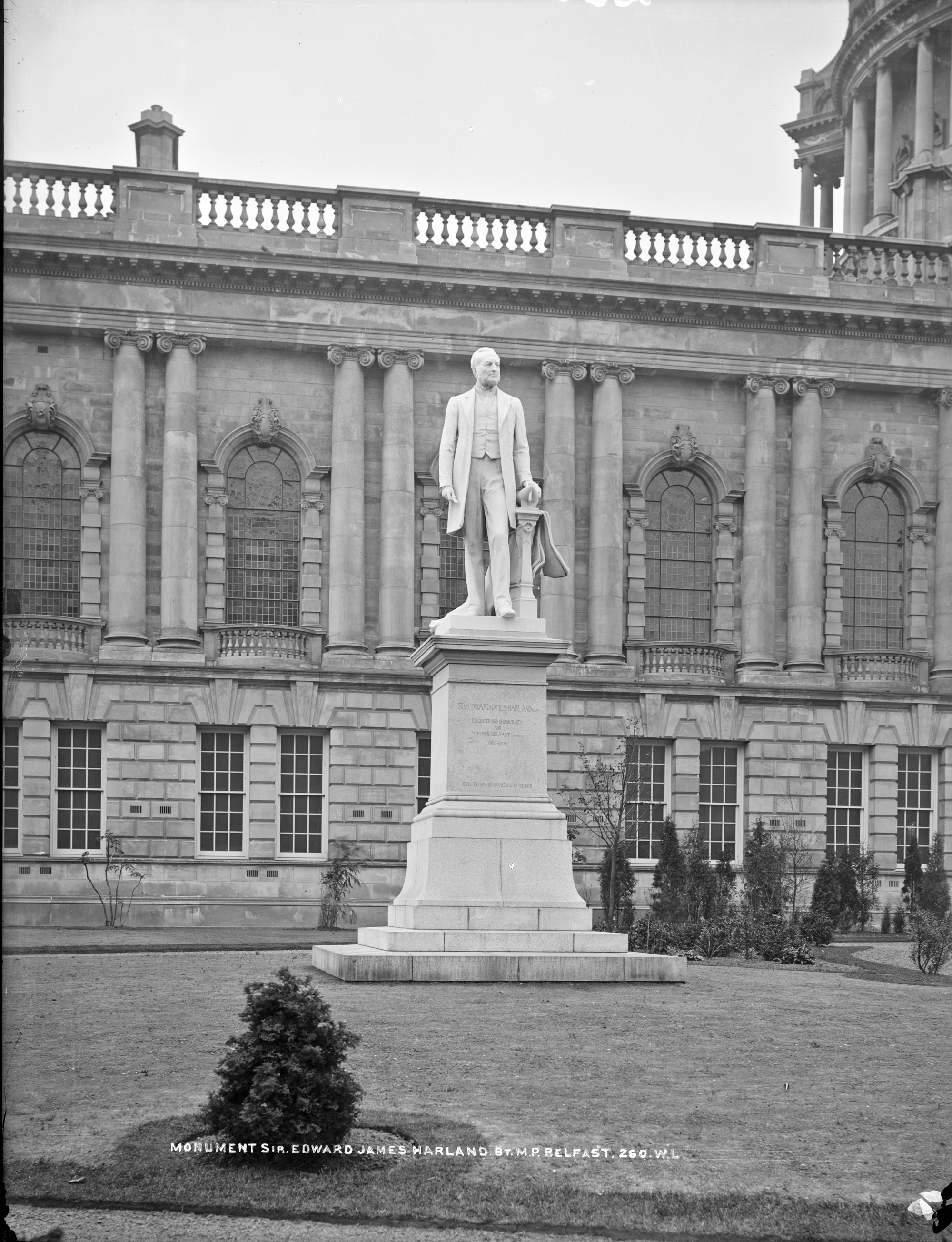 Try to find the date or year when this image was made.
Thanks for contributing!
A monument to Sir E. J. Harland in Belfast takes us up north of the border (which is in the news) today, and gives me an opportunity to quote from Maurice Craig's wonderful poem. Harland is a name that is synonymous with Belfast - but I confess to know very little about the bearer of that name, can you enlighten me?

And so I have learned something - including his apparent like of the odd cigar :) While Edward James Harland is perhaps best known for his shipbuilding activities, his Wikipedia article also lists him as a politician. And he was Mayor and later MP for Belfast for a period. This statue was one of several by Thomas Brock on the grounds of Belfast's city hall. Though in a broad catalogue range (1860s-1910s), this image was likely captured within a few years of the statue's unveiling - in mid-1903.....