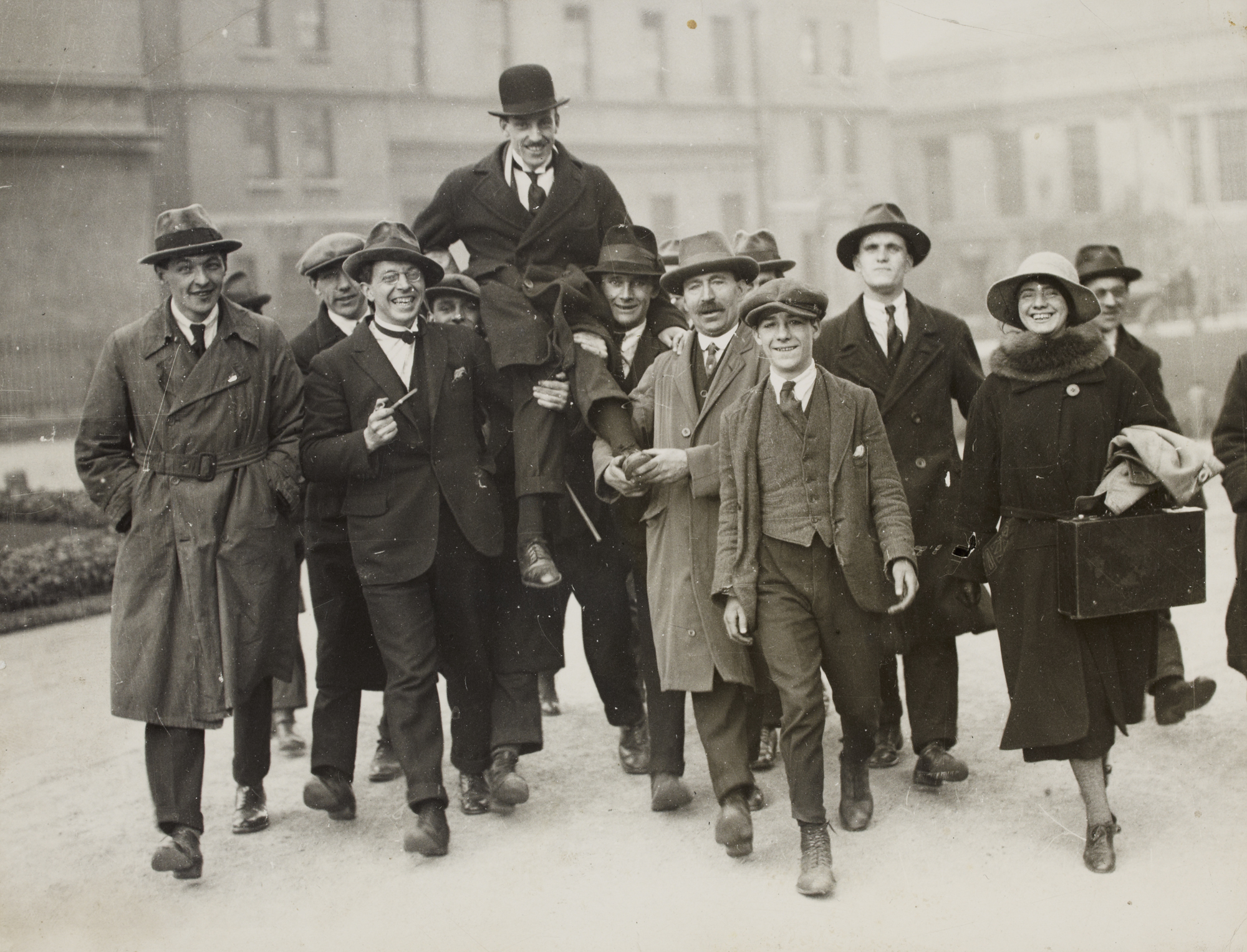 Try to find the date or year when this image was made.
Thanks for contributing!
Sean Lemass being carried shoulder high by a group of smiling men with one, very happy looking, lady in attendance. Lemass was one of the few Irish political figures of the 1916 to 1922 era to survive to old age and retain his reputation. What was the occasion and can we establish who "Dad" was?

Indebted almost entirely to Niall McAuley, the key questions we had on this image have been answered. The main one ("who is 'Dad'"?) is that he is the man pictured with the glasses and pipe holding Lemass aloft. "Dad" (father to the family whose collection this image came from) was Michael J. O'Mullane. He had himself been a potential Cumann na nGaedheal candidate for the by-election which Lemass won. So his happiness for his colleague (previously his competition) seems especially magnanimous. As indeed is the smile of his sister (auntie?) Bridie O'Mullane who is almost certainly the woman carrying her brother's briefcase and coat :) She was herself apparently a significant figure in Cumann na mBan and likely no less involved in the politics of the time. LOVING this photo and the stories behind it.....