Sure it's a Grand place to stay! 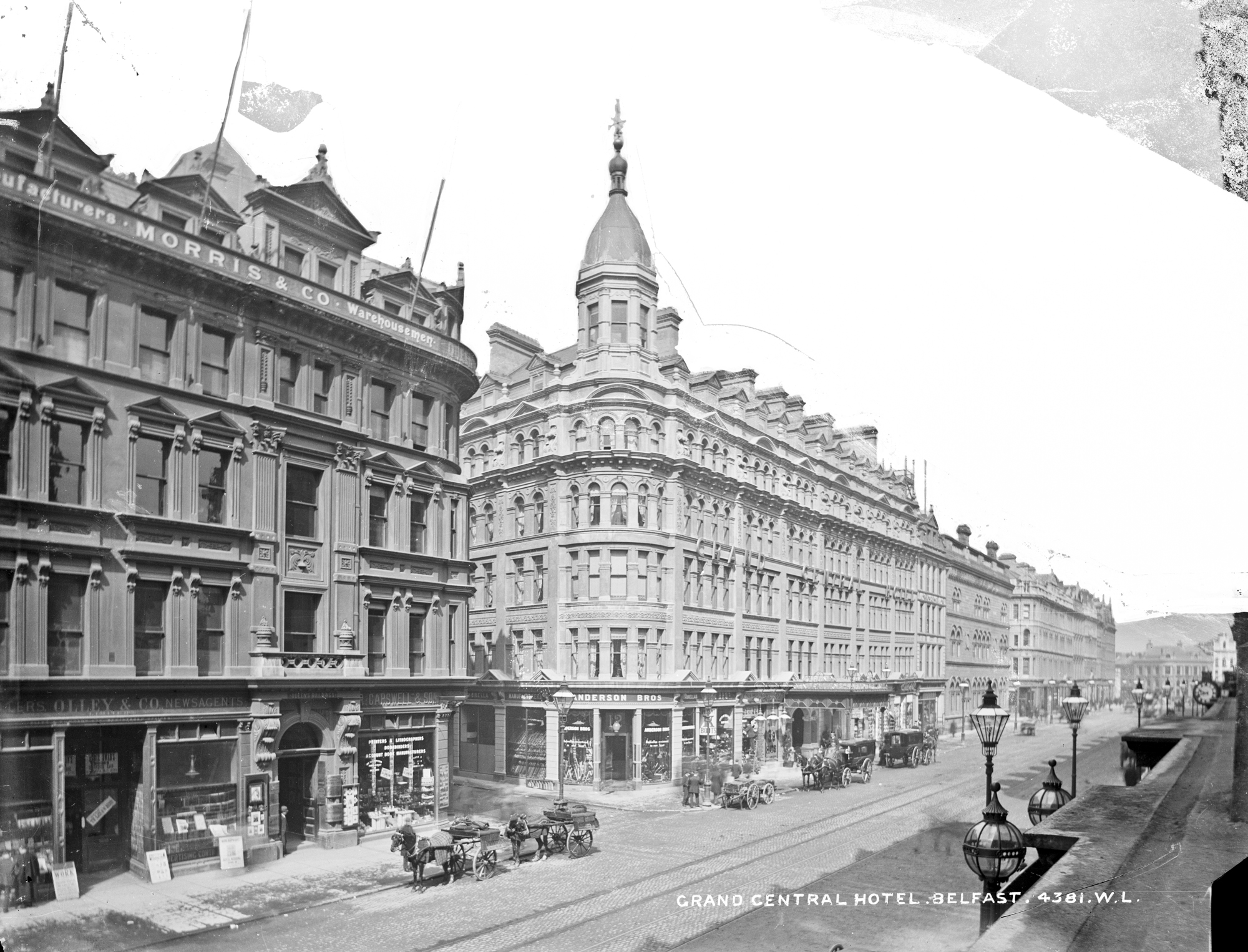 Try to find the date or year when this image was made.
Thanks for contributing!
The Grand Central Hotel in Belfast is the subject of todays image from the Lawrence Collection. This fine Royal sized plate shows great detail not only of the hotel but also of the street with its range of transport, tracks, shops and posters!

Based on our usually diligent contributors, we know that this image was likely captured after 1893 (when the Grand Central Hotel was built), but likely before 1897 (when some of the other businesses visible moved elsewhere in the city). While other buildings in this shot remain, the main building, the Grand Central Hotel was demolished before it reached its 100th birthday. After spending a turbulent time as a military barracks, it was demolished to make way for the CastleCourt Mall - which opened in the early 1990s....