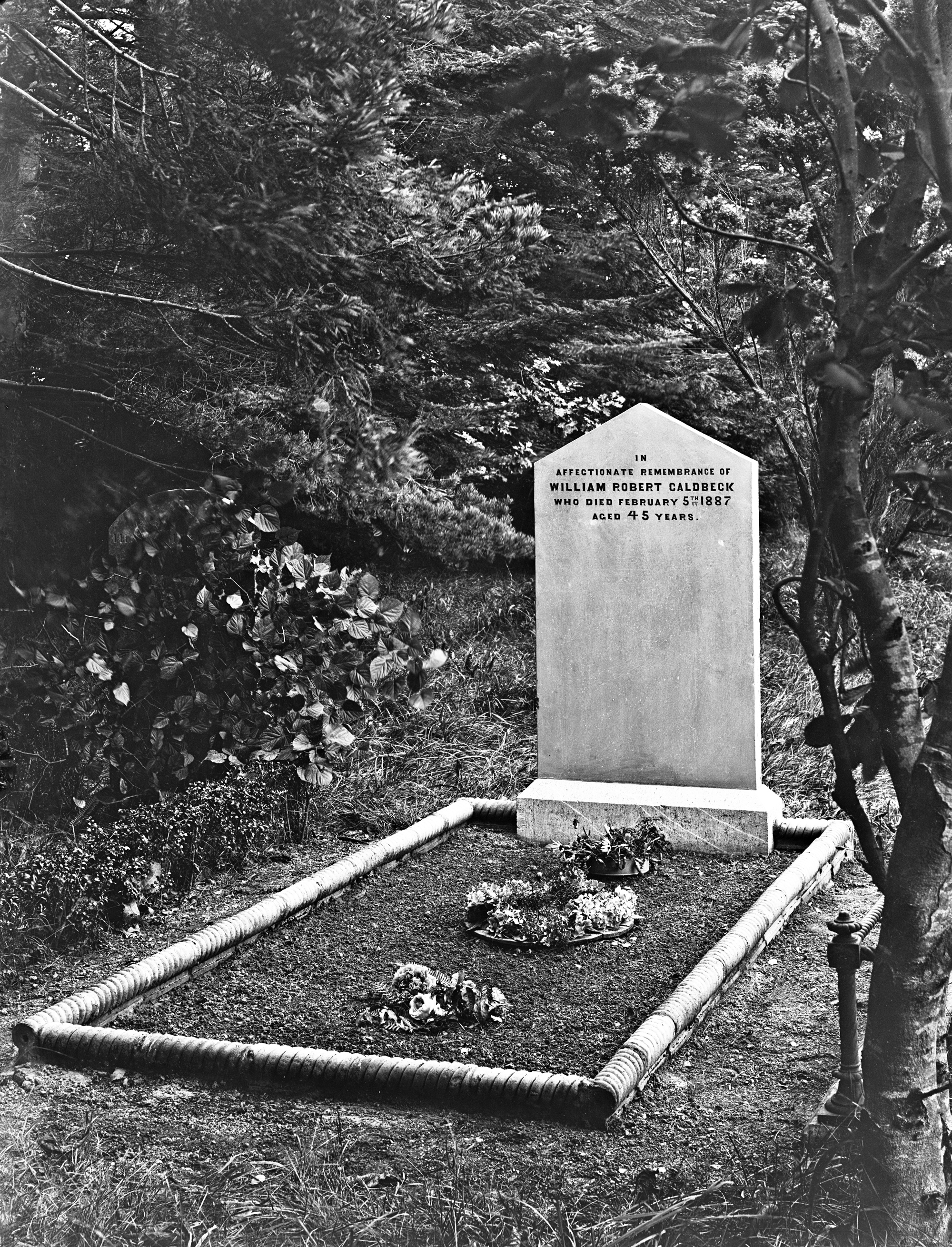 Try to find the date or year when this image was made.
Thanks for contributing!
Nothing as exciting or as lively as Dad and Sean Lemass in this shot from Mr. Poole. A gravestone of William Robert Caldbeck who died in early middle age in a well kept grave somewhere. Who was William and where was he buried?

With thanks to sharon.corbet, mcginley2012, and Niall McAuley we have answers to the key questions here. On the "where", it is confirmed that William Robert Caldbeck's gravestone is in Guilcagh Cemetery, about 2 miles south of Portlaw. On the "who", William himself was postmaster and shopkeeper in Portlaw, County Waterford, and was clearly much loved by his friends in the area - as they erected a fountain in his memory and which still stands in the town. On the "when", as the grave and gravestone look especially fresh, it seems likely that this dates from quite early in the proposed catalogue range....