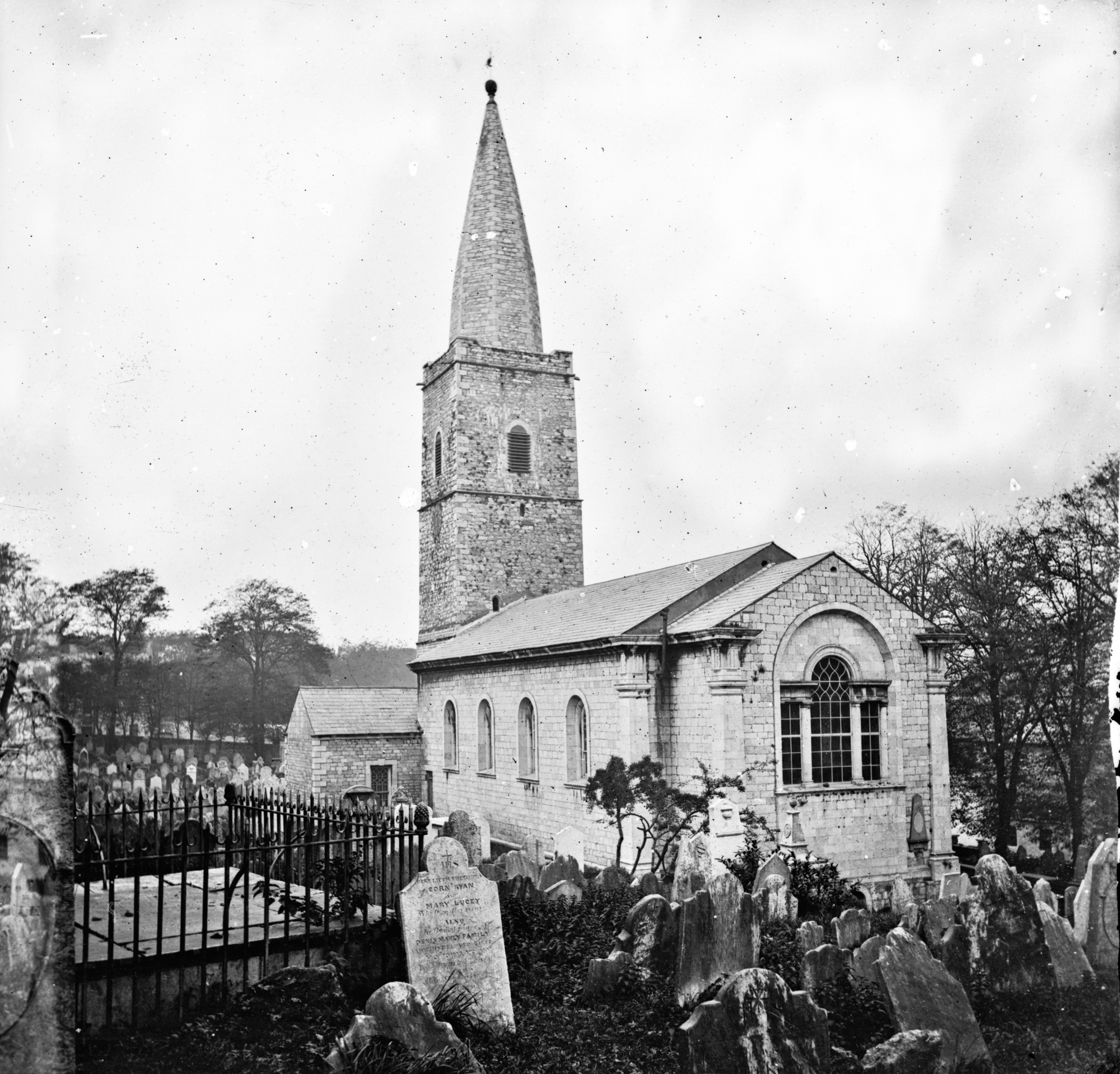 Try to find the date or year when this image was made.
Thanks for contributing!
A visit to the Stereo Pairs Collection today and to a country church(?) with "square tower of rubble masonry". The shot has been reduced to a single image for ease of viewing on Flickr. In the past we have been able to identify places and times by the tombstones but I am not sure the detail is there on this one.

While we'd originally titled this with a line from Elegy Written in a Country Churchyard, ("The rude forefathers of the hamlet sleep"), Niall McAuley schooled us that, technically, a hamlet (almost by definition) is a settlement that doesn't have a church. Shortly afterwards, based on cues and clues that hinted at a Cork based location, and in particular a similarly titled reverse view, sissonni established this as the "old" St Finbarre's Cathedral in Cork. As it was demolished and replaced, by William Burges, from 1865, we know that this image must have been captured before then....