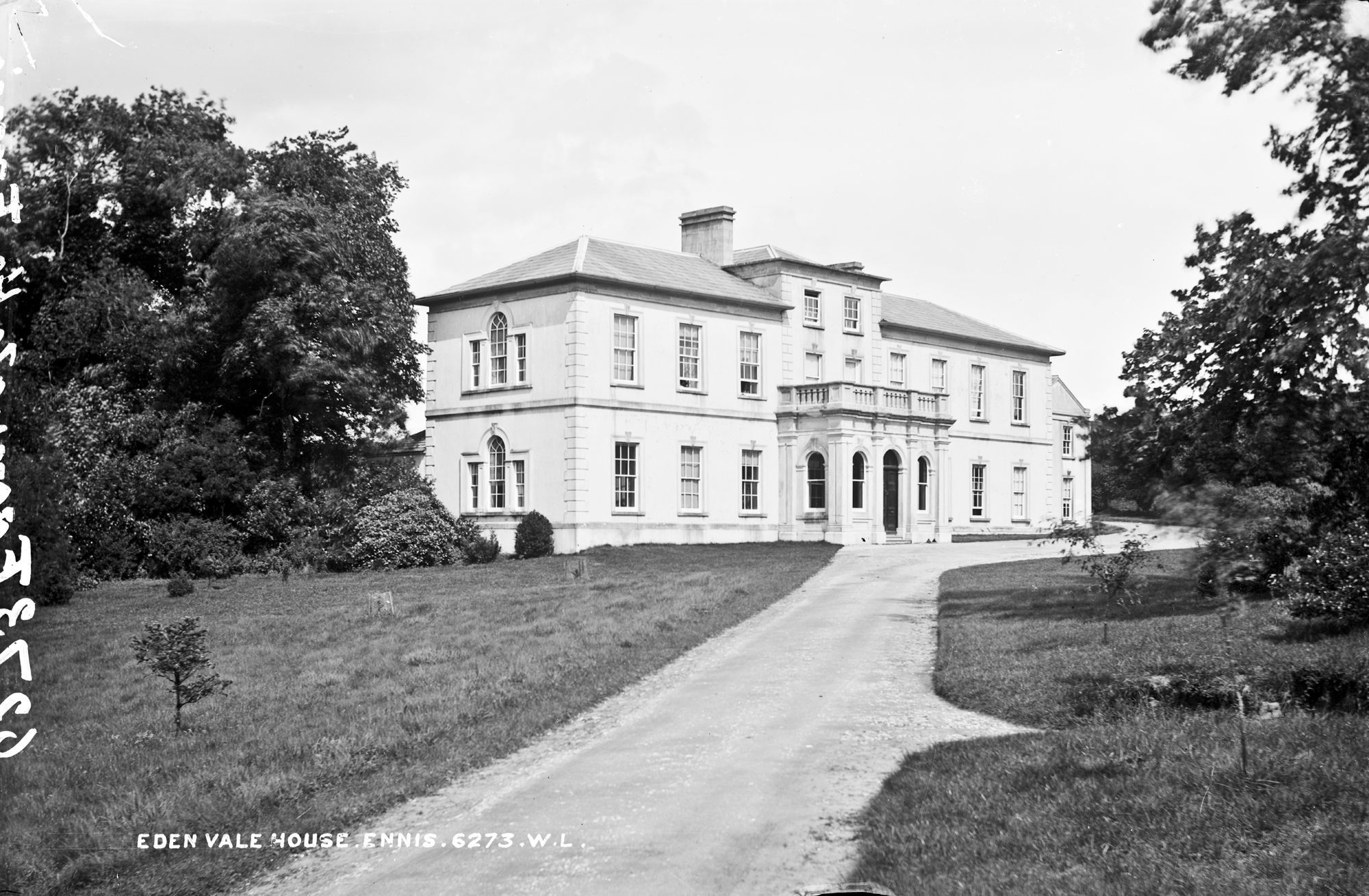 Try to find the date or year when this image was made.
Thanks for contributing!
Here we are in County Clare. August is always a good time to go to Clare. In fact, any month is a good time to go to County Clare! Eden Vale, a very fancy house. I presume it was either destroyed in the early 1920s or it is now a school or a religious house of some sort. But I may be wrong....

And proved wrong I was. Kind of. After the Stacpoole family vacated their "country seat", this house was not demolished, not converted to a school, nor a convent - but a "tuberculosis sanatorium". Until the mid-20th century at least. It is now (as in, right now) available for purchase. Again. This time to someone with €3.5 million to spend at any rate....