An hotel, omnibus, loiterers and ... a chicken! 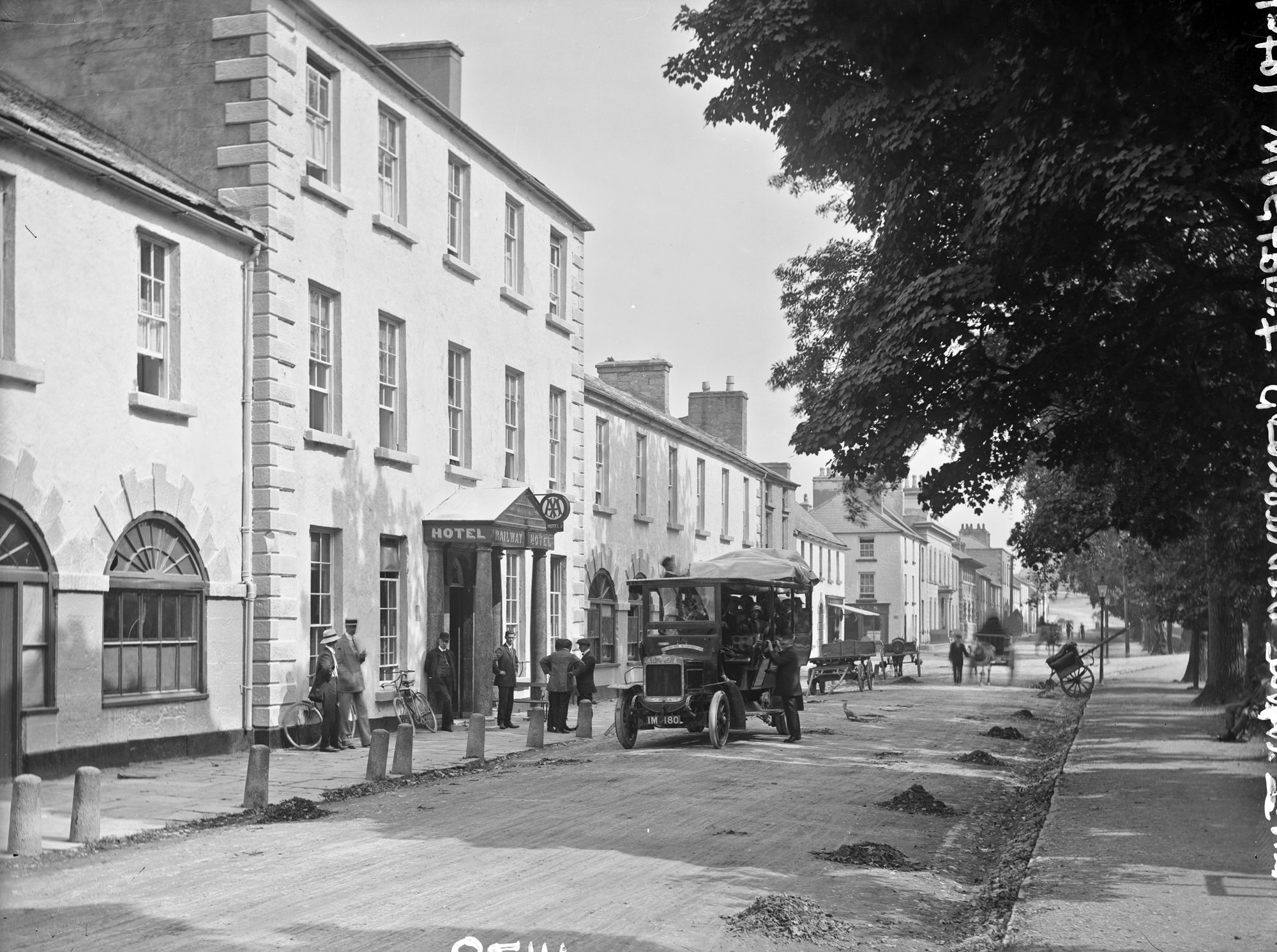 Try to find the date or year when this image was made.
Thanks for contributing!
This delightful shot of an hotel in Westport, County Mayo is a great way to begin a week that promises to be a scorcher here in Ireland. The trees are offering plenty of shade for those who sit and await the departure of the omnibus to ...where? There is a lot of detail in the shot, not least the registration number of the 'bus together with the dress of the people standing about and the piles of leaves should help with the time of year if not the date?

Sometimes it seems that we could have a stand-alone album for our many 'charabanc' images. Or even for this particular 'bus, registration number IM 180, which has been confirmed to be in the service of the Midland Great Western Railway. Other inputs from Niall McAuley, sharon.corbet, sissonni, and Beachcomber help us refine the 50 year catalogue range to less than 5 years in the early 1910s. In this period, the nature of road traffic started to change. And, while it was the 'airbrush' rather than the internal-combustion engine that removed all the manure from a postcard variant of this image, the same cannot be said for the modern StreetView....