Dead Slow or I Fire!! 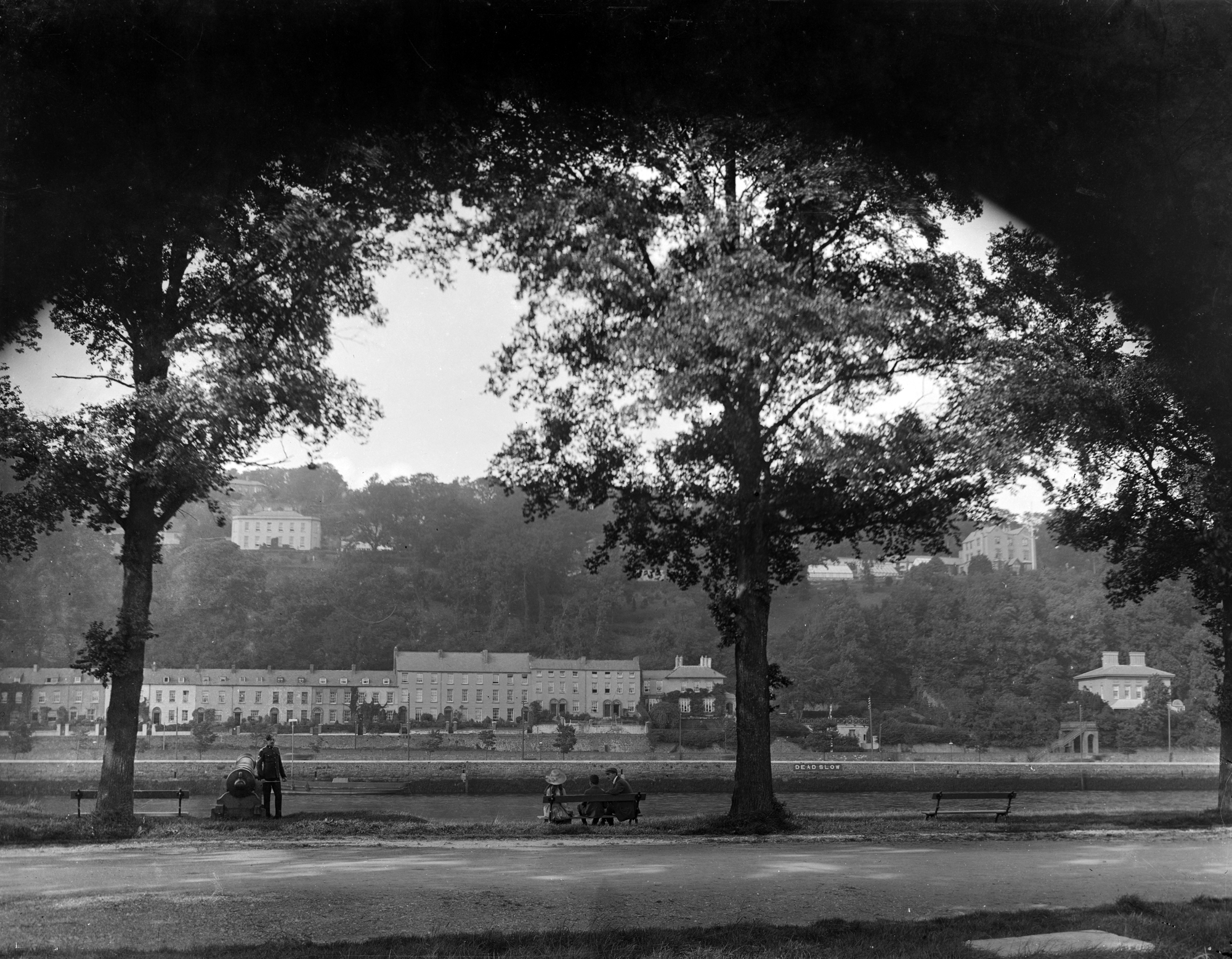 Try to find the date or year when this image was made.
Thanks for contributing!
Here we are back in Cork again, on "the Banks", looking at the Lower Glanmire Road from the Marina. I think it will be a challenge to get a good date, though perhaps the buildings on the North side will help? I also look forward to hearing all the details of the uniform worn by the would be artillery man....

Based on inputs in particular from guliolopez, ofarrl and Niall McAuley we learned quite a lot about the subjects here. While we initially thought that the cannon pictured was the "time gun" (used by Cork's port authorities to signal 10am daily), this was actually slightly further upstream. What we have here therefore is a non-firing trophy gun. This one was captured during the 1855 Siege of Sevastapol. It seems (conincidentally, or just for the fun of the photo) to have a member of a Royal artillery unit standing alongside it. As with much of the other (non human) subjects in this image, the cannon remains in place. As do most of the buildings and structures beyond - though the Marine Radio School at Carrig House is apparently significantly worse for wear....