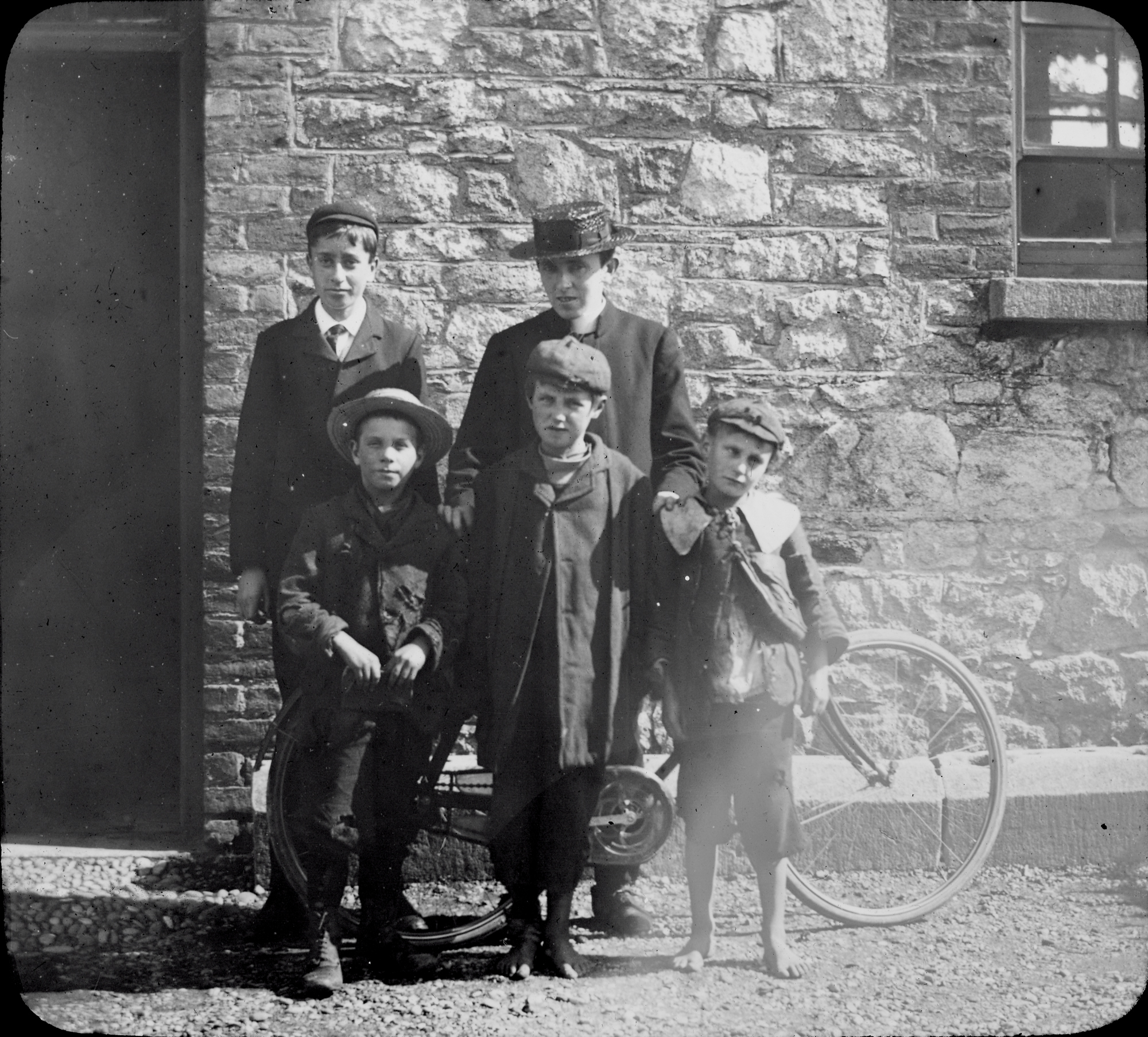 Try to find the date or year when this image was made.
Thanks for contributing!
The dreaded School Attendance (aka Truancy) Officer was the terror of all those who might be tempted to mitch from school in years gone by. In this interesting Mason image, titled in the catalogue as "'Mitchers', four young boys, different ages, with school attendance officer and bicycle", we see a clergyman who appears to have captured a handful of young scamps. They are undoubtedly from different social circumstances : two with bare feet, two with shoes/boots, all with headgear and the big fella with a smug smile! Did they all get six of the best?

The general consensus is that this image (or perhaps just its title) could be at least partially "staged". The Irish Education Act 1892, for the first time, made it compulsory for children children aged between 6 and 14 to attend school. Captured within a decade or so of that act, it seems plausible this image was used to "illustrate" the change in approach. Certainly only one of the lads looks even slightly bothered at being "caught". And, unless the chap at the back is some kind of prefect or enforcer, he seems an unlikely type :) While we have not yet established a location for this image, sissonni suggests that the successing Mason image [M56/8] was captured at the same place and time...