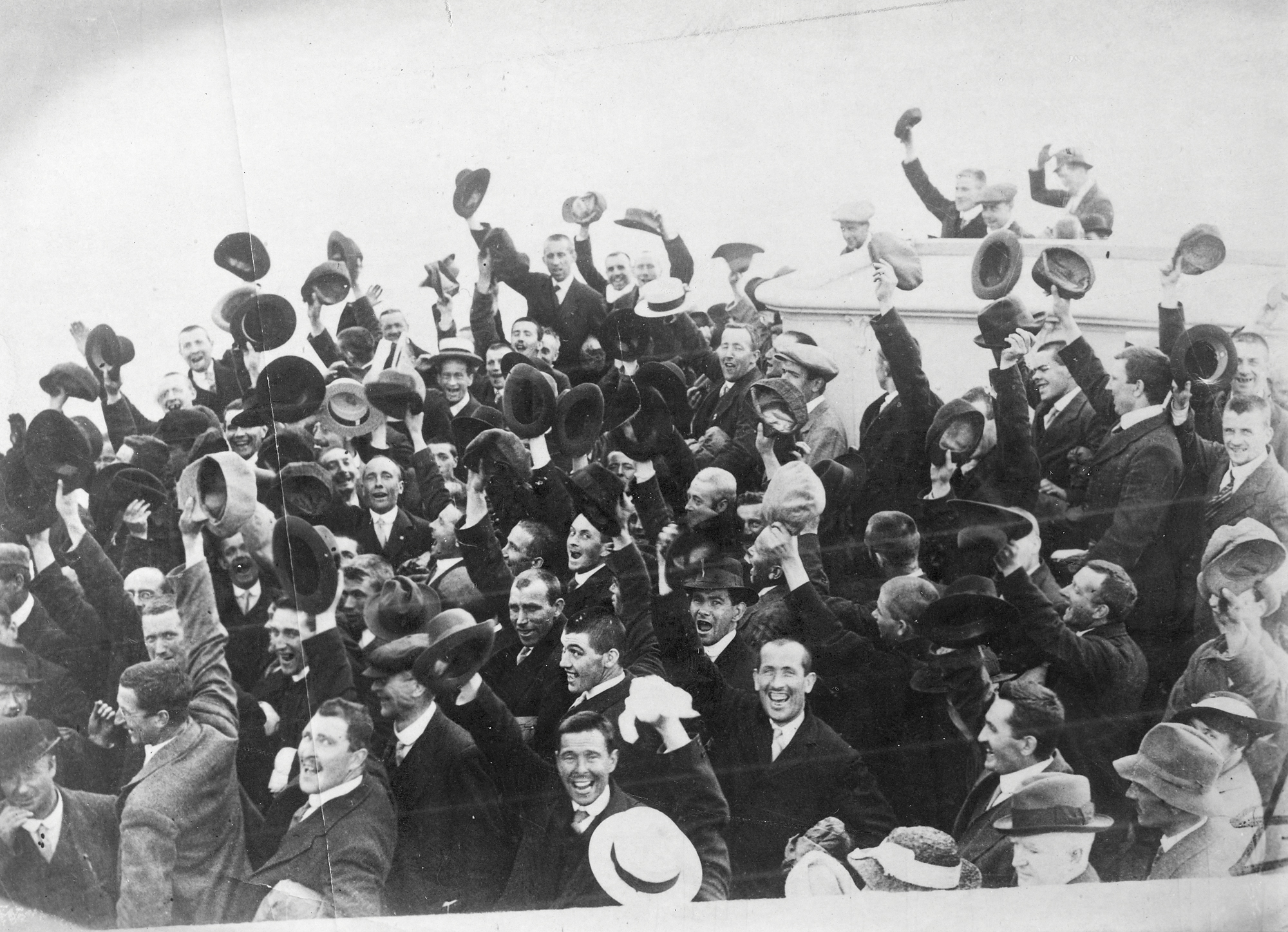 Try to find the date or year when this image was made.
Thanks for contributing!
After the fun we had yesterday, I am very confident to present this fantastic photograph, the catalogue description is "Release of Republican Prisoners, Dun Laoghaire 1918? (Showing Dev)" the notes also point us to the bottom left of the photograph. The question is how many more can we name?

Though labelled as "circa 1918" in the catalogue, the general consensus is that this is a snapshot of a 117 prisoners, most detained following the 1916 Rising, who returned to Ireland in June 1917. The contemporary descriptions of the prisoners' return (includng the headwear, somewhat disheleved suits, somewhat uncharacteristic flat cap for DeV, and rough shorn buzz cuts of the prisoners), all seem to align with what we see in this image. And what we read in its description. Thanks to sharon.corbet for the initial prompt and to BeachcomberAustralia for the corroberating reports!