Bill Tankersley from the NYA's Camp Roosevelt posing in front of an airplane: Ocala, Florida 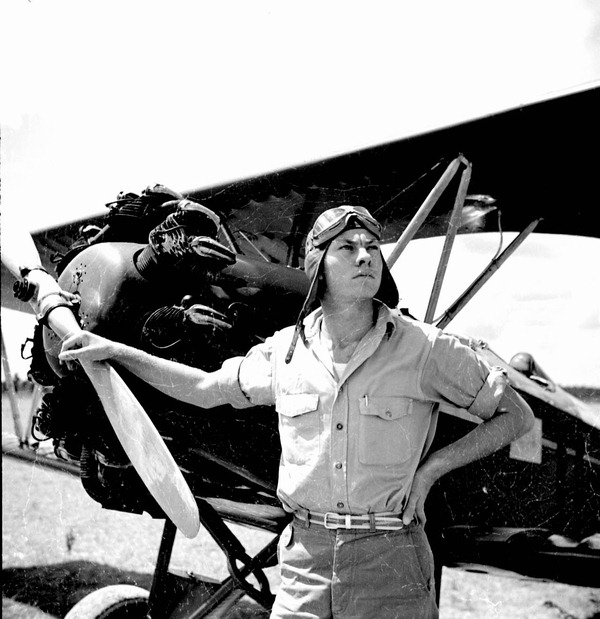 Try to find the date or year when this image was made.
Thanks for contributing!
Local call number: n036042

Title: [Bill Tankersley from the NYA's Camp Roosevelt posing in front of an airplane: Ocala, Florida]

General note: Camp Roosevelt, located in Ocala just off highway 301/441, was a resident camp first built for the Army Corps of Engineers crews of the Cross Florida Barge Canal. From 1936 to early 1938, the WPA and the University of Florida assumed ownership for providing adult education classes. Later in 1938, the National Youth Administration (NYA) used it as a girls' resident camp in conjunction with the Marion County Vocational School to educate and provide job skills to young women (boys were later included). During the 1940s, the NYA conducted defense work out of it, before it reverted back to the Army Corps of Engineers in 1943. By the late 20th century, the buildings were part of a residential neighborhood. Printed on sleeve: Vocational School, Secondary Flight Class.