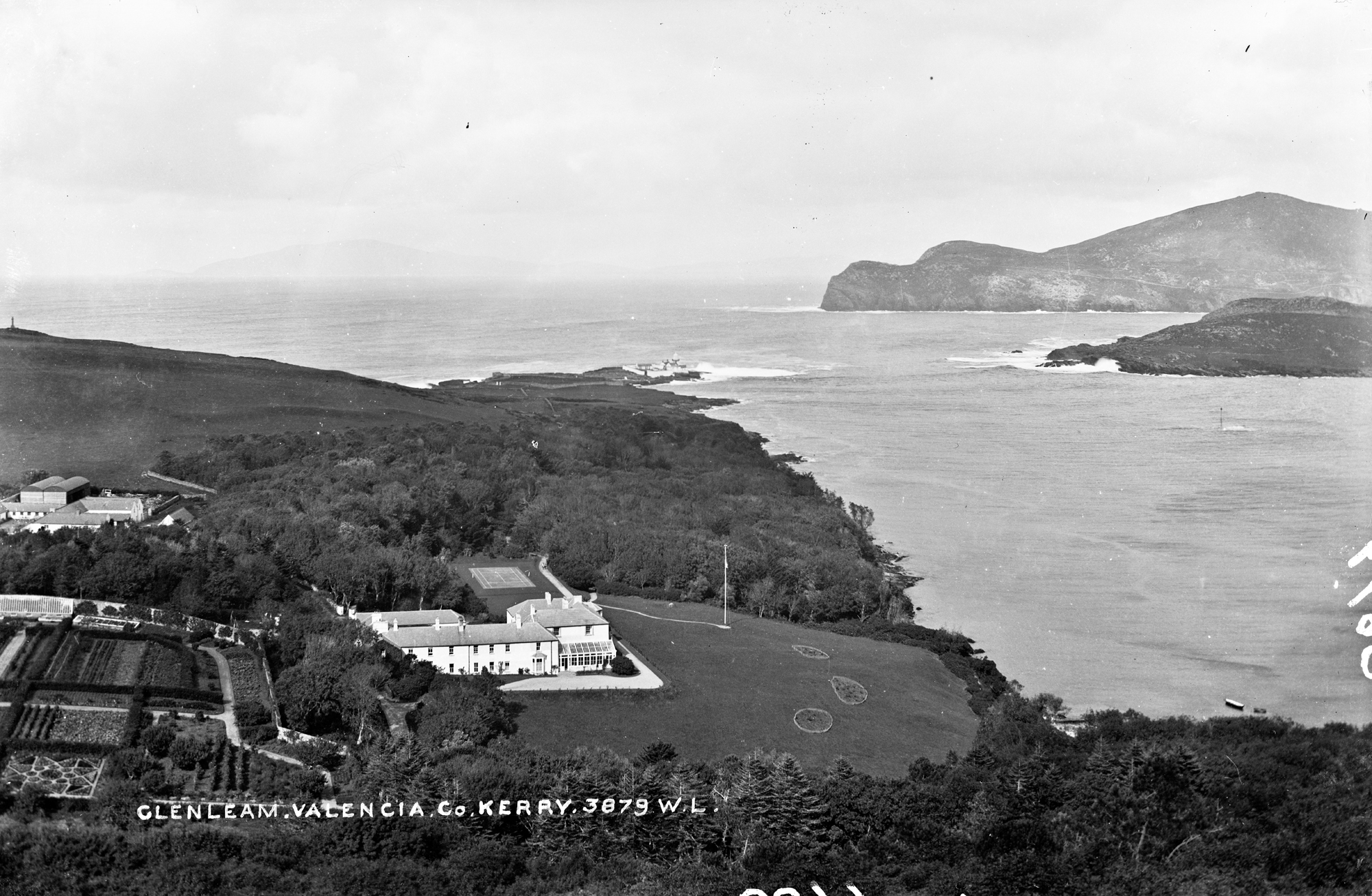 Try to find the date or year when this image was made.
Thanks for contributing!
They're not Fairy Rings of course, but rather enclosures to keep the sheep from eating the plants? To start the week we visit Valentia in Co. Kerry once again and this time to "Glenleam" and what appears to be an hotel or guesthouse. Mr. French appears to have been blessed with sunshine on his visits to the island and got some lovely images of that place at that time. This cabinet sized shot was taken after a trek it seems as he seemed to prefer Royals when he was on ground level!

Our intrepid contributors tell us that Glanleam House and Glanleam Gardens are still open to visitors. And, though originally built in the late 18th century, still owe much of their current layout to Peter George Fitzgerald, 'Knight of Kerry', who the gardens in the early to mid 19th century.....