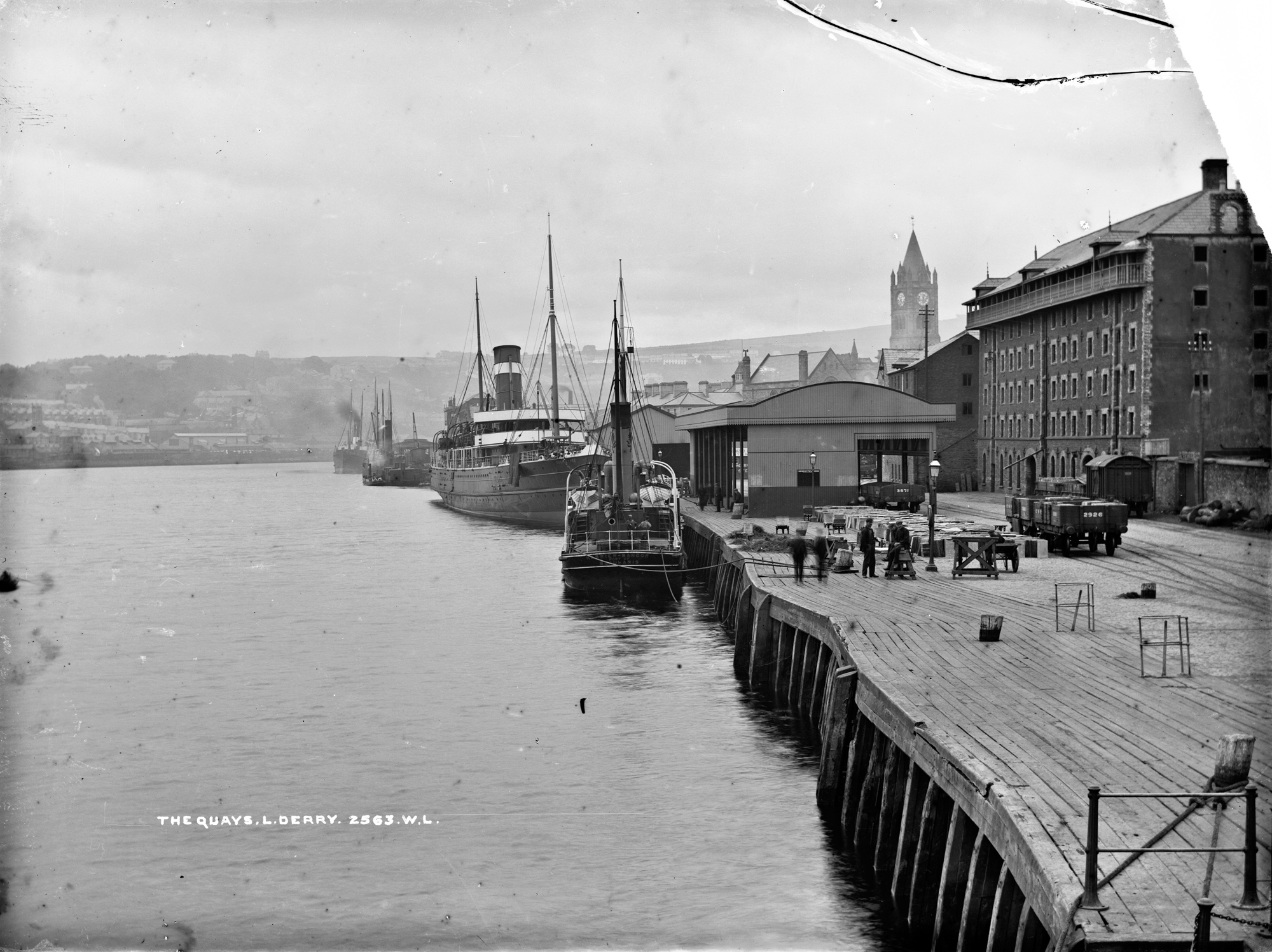 Try to find the date or year when this image was made.
Thanks for contributing!
Staying in Ulster again to end the week and today visiting the lovely city of Derry on the banks of the Foyle! The Quays have shipping tied up - but it does not look like a hive of activity. Looking at the timbers on the quay it is most likely that a lot has changed in the interim?

With thanks to all the usual incredible contributions in the comments, we've been able to map this location accurately. And refine the near 50-year catalogue range to perhaps a 15-year range between the mid-1890s and early 1910s. The latter is possible because of the vessels visible. The smaller vessel, nearest the photographer, is the Screw Steamer 'Harrier'. Built in 1892, she was torpedoed in 1943 (by u-boat U181). The larger steamer, just beyond, is the Packet Steamer 'Duke of York'. Built in 1894, she was renamed the 'Peel Castle' in 1911/1912, and pressed-into service as an Armoured Boarding Vessel during WWI. While the subjects on the leftside of this image are gone forever, it's worth noting that at least some of the focus from the rightside (including the city's Guildhall tower) remain as they were....