Castle on the hay covered hill 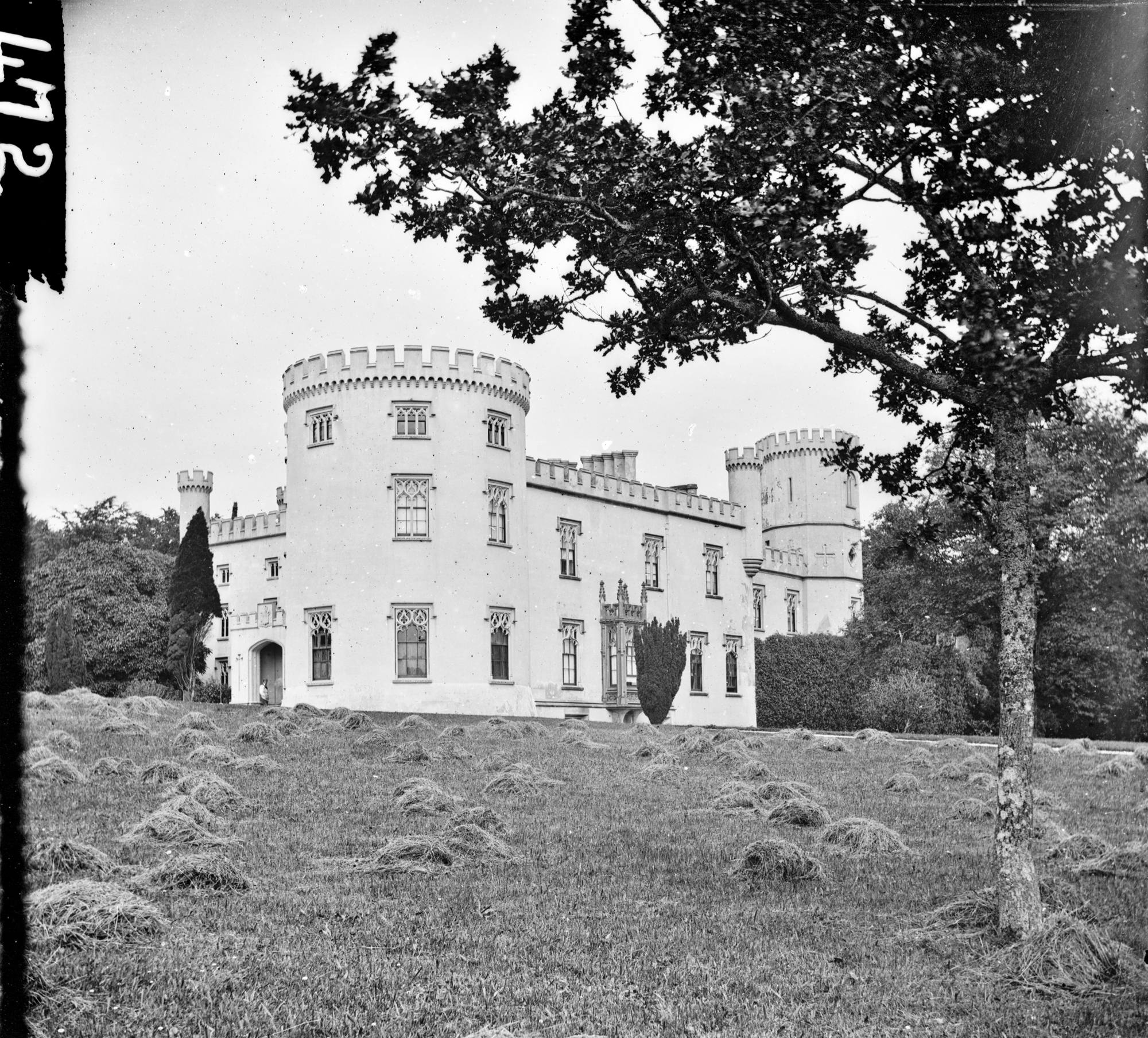 Try to find the date or year when this image was made.
Thanks for contributing!
This beautifully restored(?) castle set in a field of early cut hay is this offering from the Stereo Pairs Collection. When you think how old these images are the quality and clarity is just remarkable. Where is it and what does it look like now?

With thanks to sharon.corbet we got answers to both of these questions. The first answer (where?) is that this is Kilwaughter Castle, an early 19th century mansion close to Larne, County Antrim. The second answer (look like now?) is that it doesn't look so great. Seized during WWII, it fell into ruin from the 1950s onwards, and barely a shell remains. There does however seem to be a campaign to see it restored....