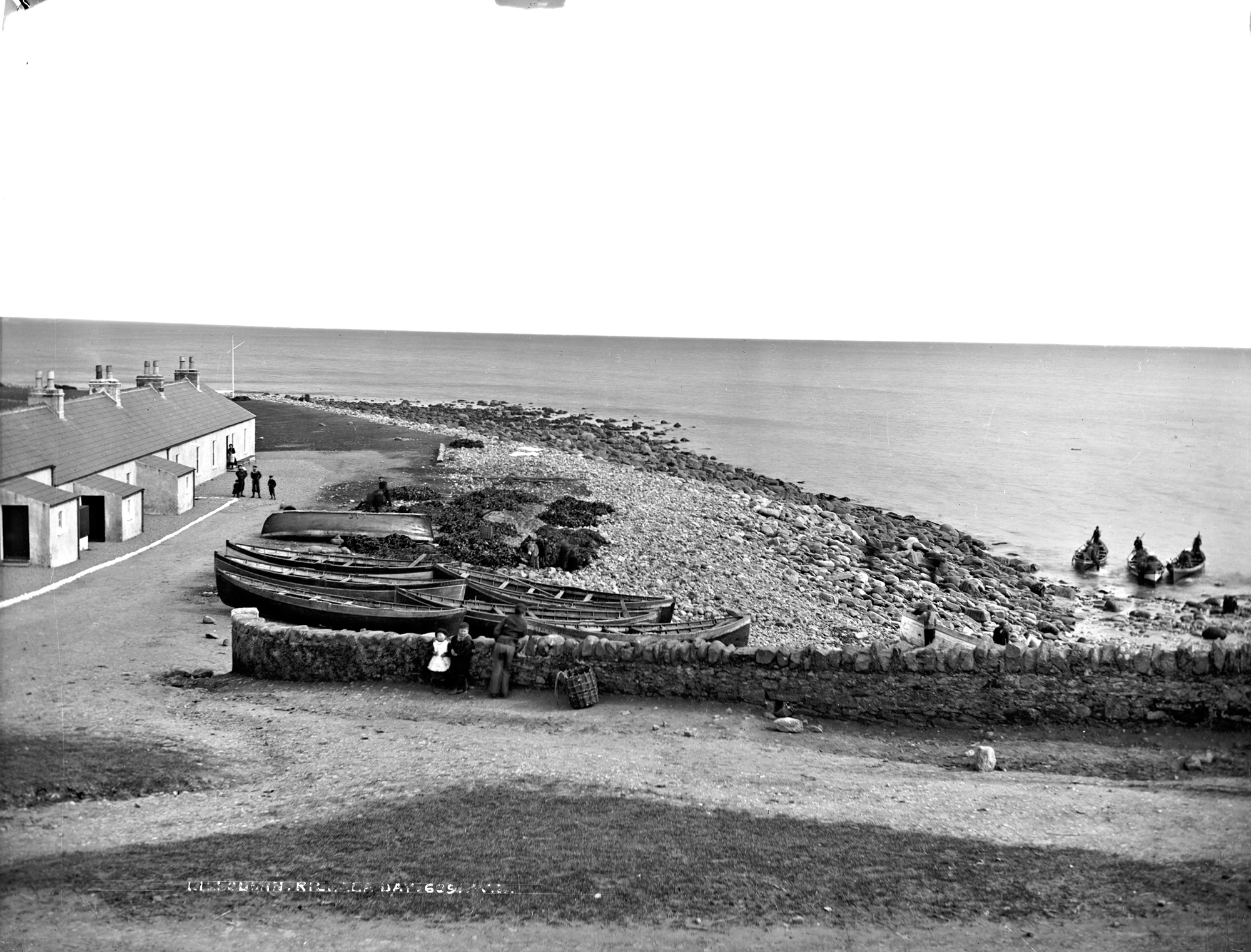 Try to find the date or year when this image was made.
Thanks for contributing!
Killala Bay, Kilcummin, Co. Mayo looking pristine with a sharp horizon line is todays offering from the Lawrence Collection. Given the size of Killala Bay this could be looking North, South, East or West and we could still have such an horizon but no doubt the cartographers among you will have the shot properly oriented in jig time?

Today's contributors point-out that the main difference between this image and the modern StreetView is that Kilcummin's stone pier/breakwater has not yet been built. There is evidence that this may have been constructed after c.1893, and likely before c.1898 - when a plaque commemorating a French landing in 1798 was seemingly unveiled. This event was (somewhat unusually) marked on the historic OSI maps, along with a label identifying these cottages as part of the local coastguard station. The eagle-eyed amongst our Flickroonies also note that some of the men pictured are wearing coastguard uniforms. By the late 19th century these men were likely more on the lookout for troubled fishingboats than for French invaders.....