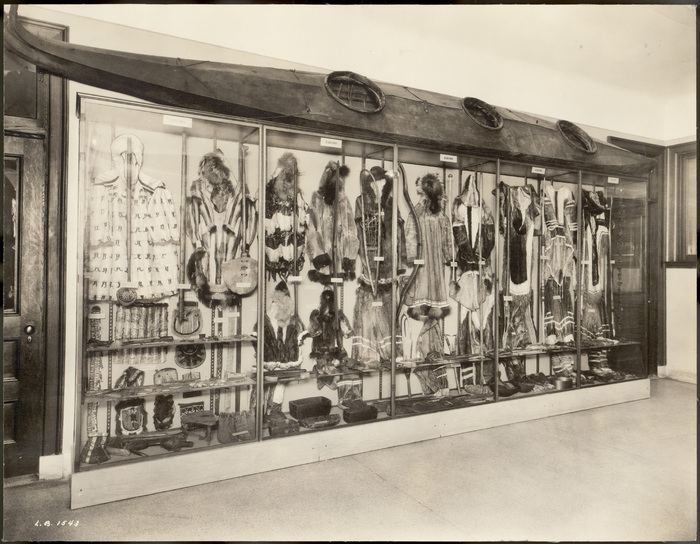 Try to find the date or year when this image was made.
Thanks for contributing!
Photographer: Nathaniel Livermore Stebbins (N.L. Stebbins/N.L. Stebbins Photo), Non-Indian, 1847-1922

Collection History: N.L. Stebbins was best known for his photographs of ships and maritime subjects but also worked as a commercial photographer documenting home interiors, businesses, and the theatre. He was apparently commissioned to take photographs of the Museum of the American Indian and its early exhibits.

Description: View of exhibits in the Museum of the American Indian/Heye Foundation, First Floor, West Hall, Yup'ik baidarka or three person kayak (082920.000, deaccessioned and no longer in NMAI's collection) is shown at top of case

Repository:National Museum of the American Indian