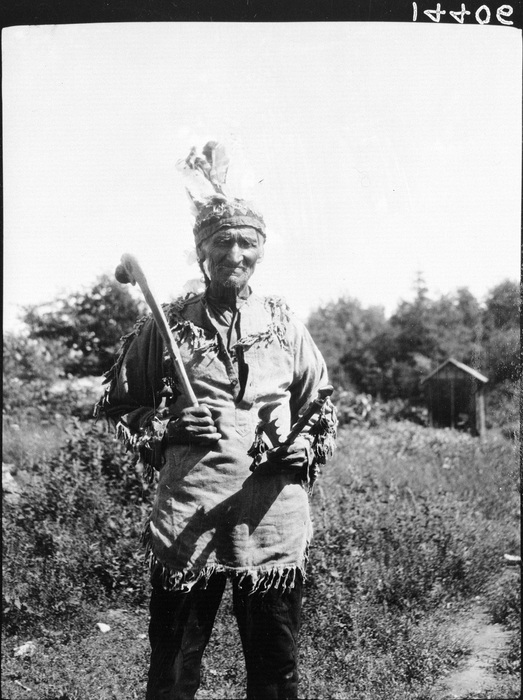 Try to find the date or year when this image was made.
Thanks for contributing!
Photographer: Frederick Johnson (Fred Johnson), Non-Indian, 1904-1994

Collection History: Frederick Johnson began his anthropological studies as a teenager, accompanying anthropologist Frank G. Speck (1881-1951) on trips to Native communities in Quebec. Between 1923 and 1929, Johnson studied at the University of Pennsylvania and conducted several research trips in Canada, some of which were sponsored by MAI. His photographs came to the MAI as an accompaniment to the objects he acquired for the Museum.

Description: Outdoor portrait of the man (Dick King, a chief?) wearing a fringed hide or cloth shirt, and beaded or embroidered hat, holding war club (162617.000) and dance rattles (162620.000) in the NMAI Collection. He stands in a field with small shed and woods in the background. See N14413 for a similar image

Repository:National Museum of the American Indian