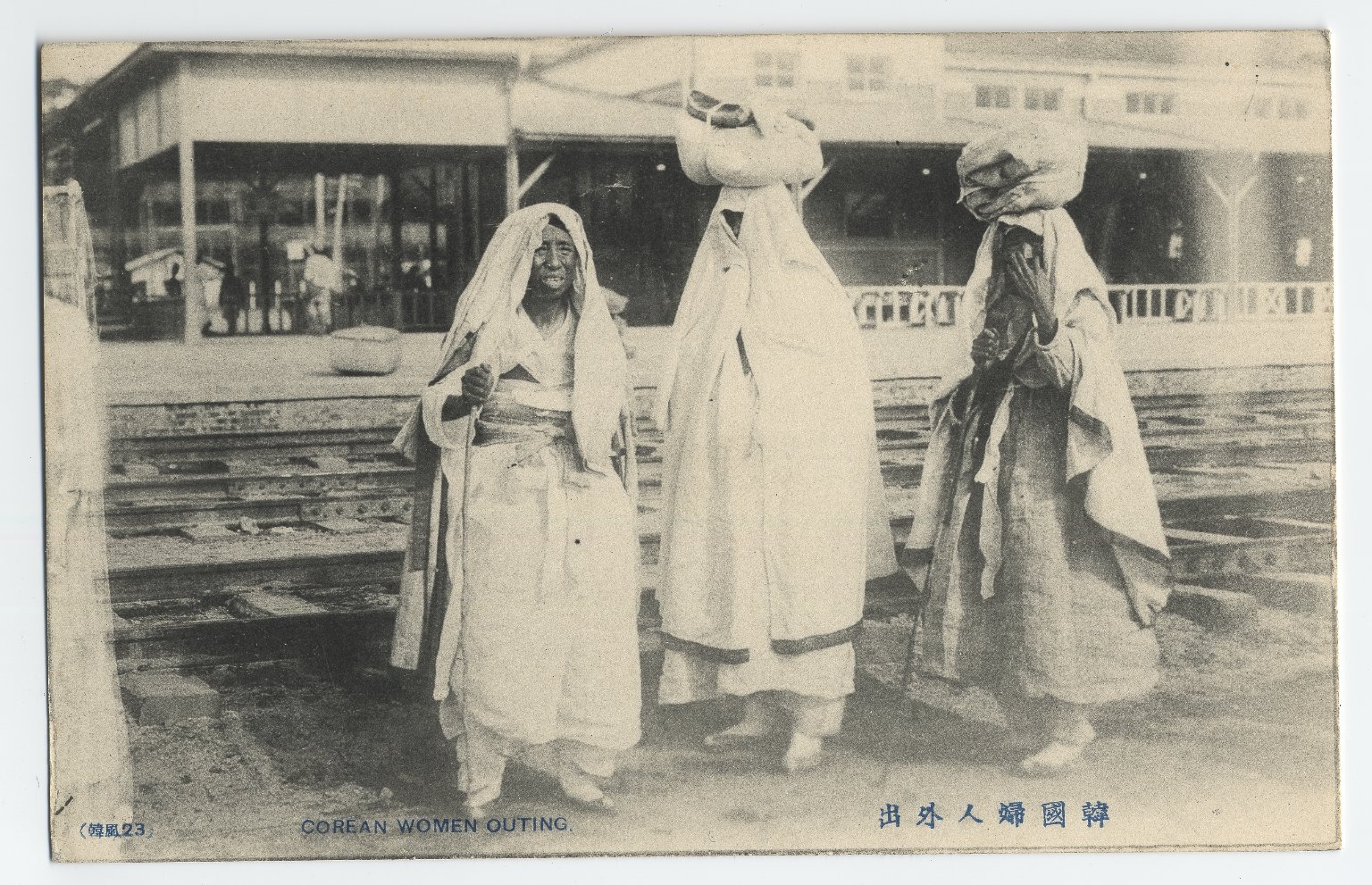 Try to find the date or year when this image was made.
Thanks for contributing!
Collection: Willard Dickerman Straight and Early U.S.-Korea Diplomatic Relations, Cornell University Library

Description: Korean women from the lower class of old Korea wear cloaks over their heads during an outing. The cloak is called essugae chimae or 'changot' which is a coat-style veil. Originally the 'changot' was everyday wear for both kings and commoners. Since the time of King Sejo (1455-1468), however, women began to wear the robe, and it then evolved as a veil for women only. The inner and outer collars were symmetrical in shape, while the neckline and sleeve-ends were trimmed with a wide, white bias. The collar, ties and armpits were purple. Two of the women depicted here carry a bundle of goods on their head. Source: Inmurhwaro ponun Choson sidae uri ot, 1998, p. 124.

There are no known U.S. copyright restrictions on this image. The digital file is owned by the Cornell University Library which is making it freely available with the request that, when possible, the Library be credited as its source.

We had some help with the geocoding from Web Services by Yahoo!