The goats own the world. 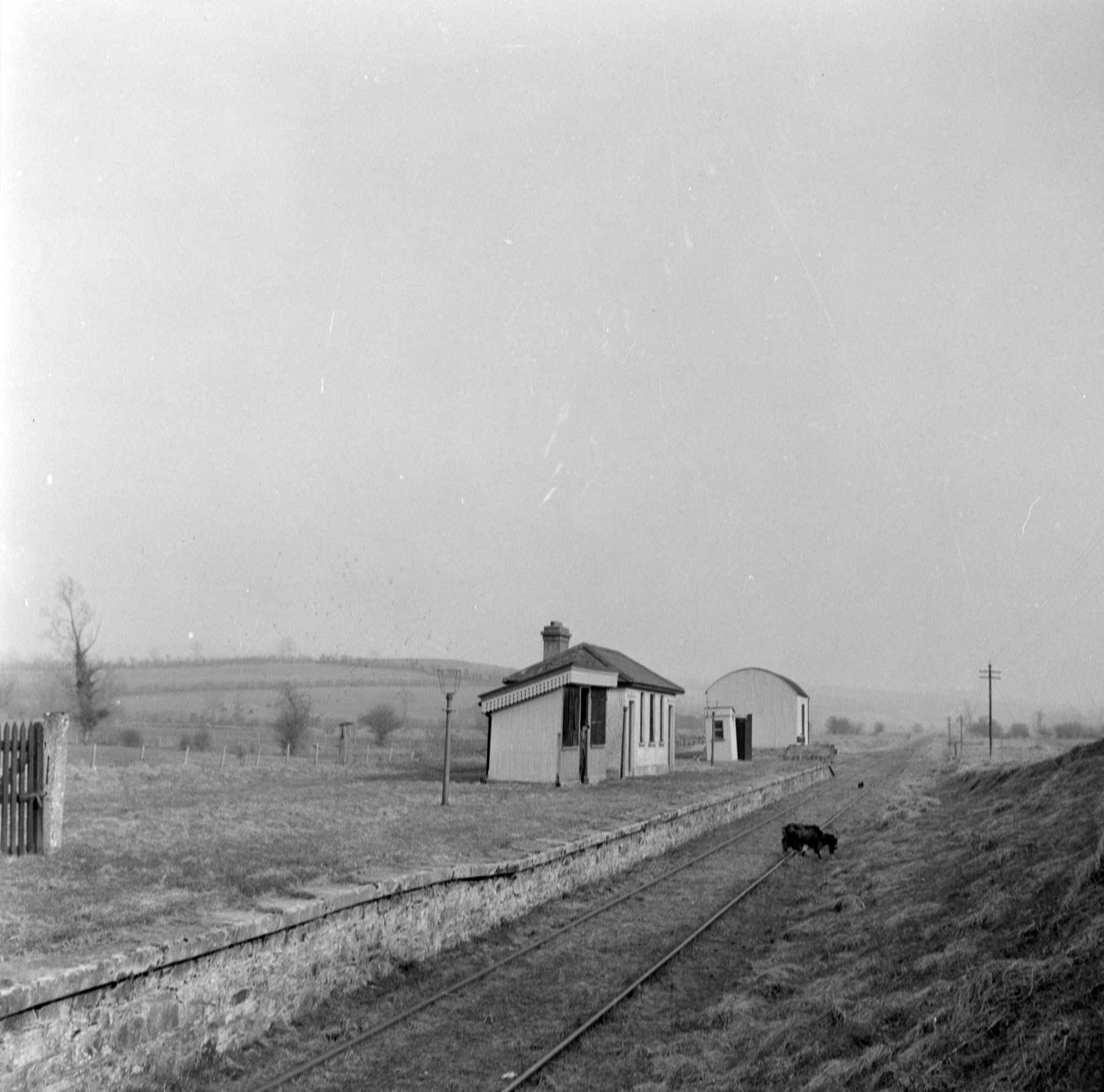 Try to find the date or year when this image was made.
Thanks for contributing!
Grange Con railway station in Co. Wicklow, which was probably never a hive of activity, appears to have been abandoned to the goats. I wonder what it looks like today?

As per the links provided in the comments, while the station is long closed, the station buildings live on as a set of stables. (For horses presumably. Rather than goats….)