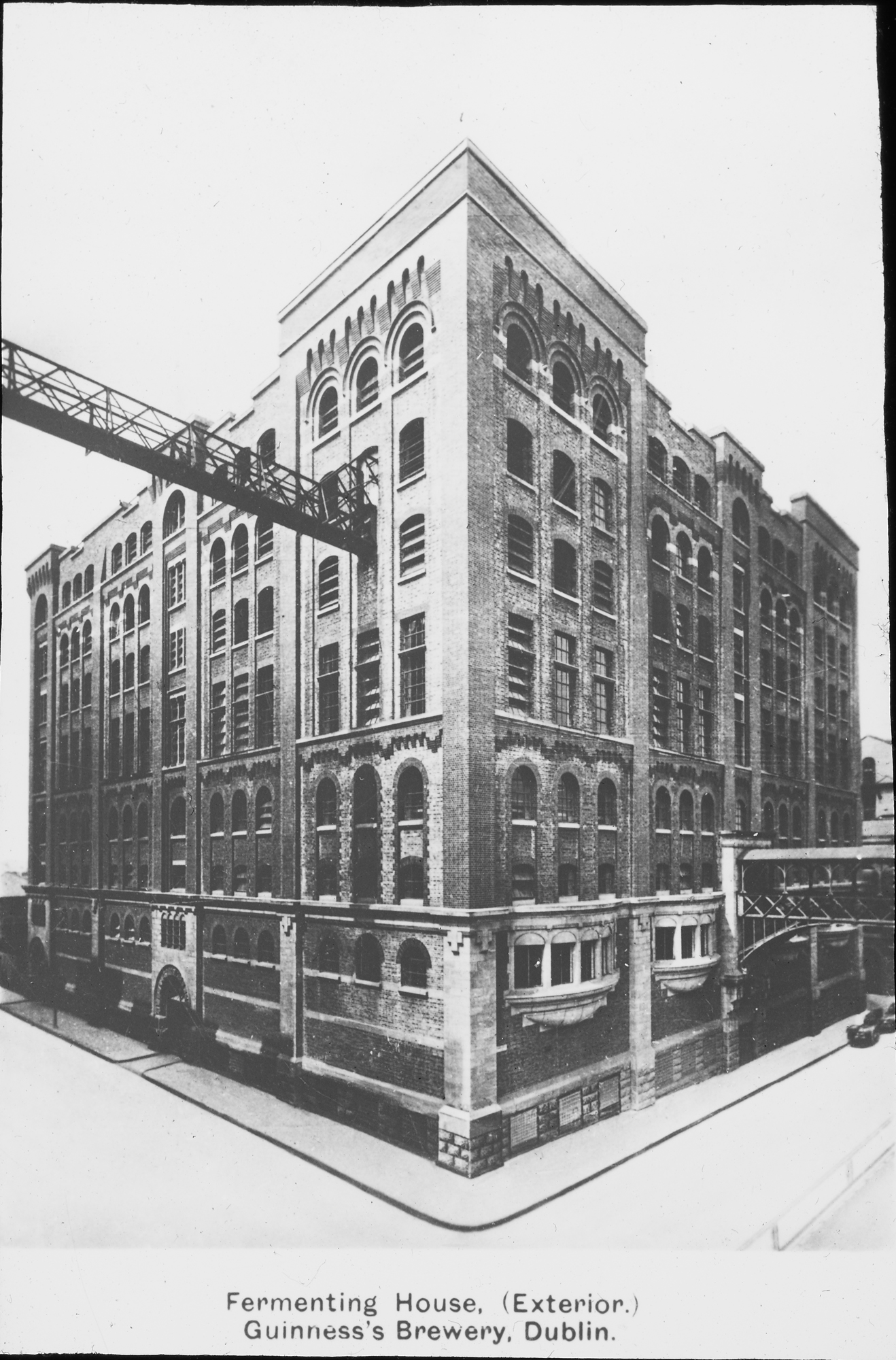 Try to find the date or year when this image was made.
Thanks for contributing!
A Guinness fermenting house in St. James Gate, Dublin as one of the stock from the Mason Collection. At the time of Mr. Mason's lectures, the Guinness Brewery was considered to be the biggest brewery in the world. Or was that just local legend? Things have changed since - and apparently they are not allowed to use their "Guinness is good for you" slogan any longer....

This stream remains a tonic for us however. With confirmation that this structure, now the main building in the "Guinness Storehouse" site, was built in 1902. While there are no people in evidence in this image, as of 2018, it is the most visited tourist attraction in Ireland - with more than 1.7 million visitors in 2017 alone. Unlikely something Mr Mason could have imagined when he included this lantern slide in his collection...