The Giants Ring in Kenmare 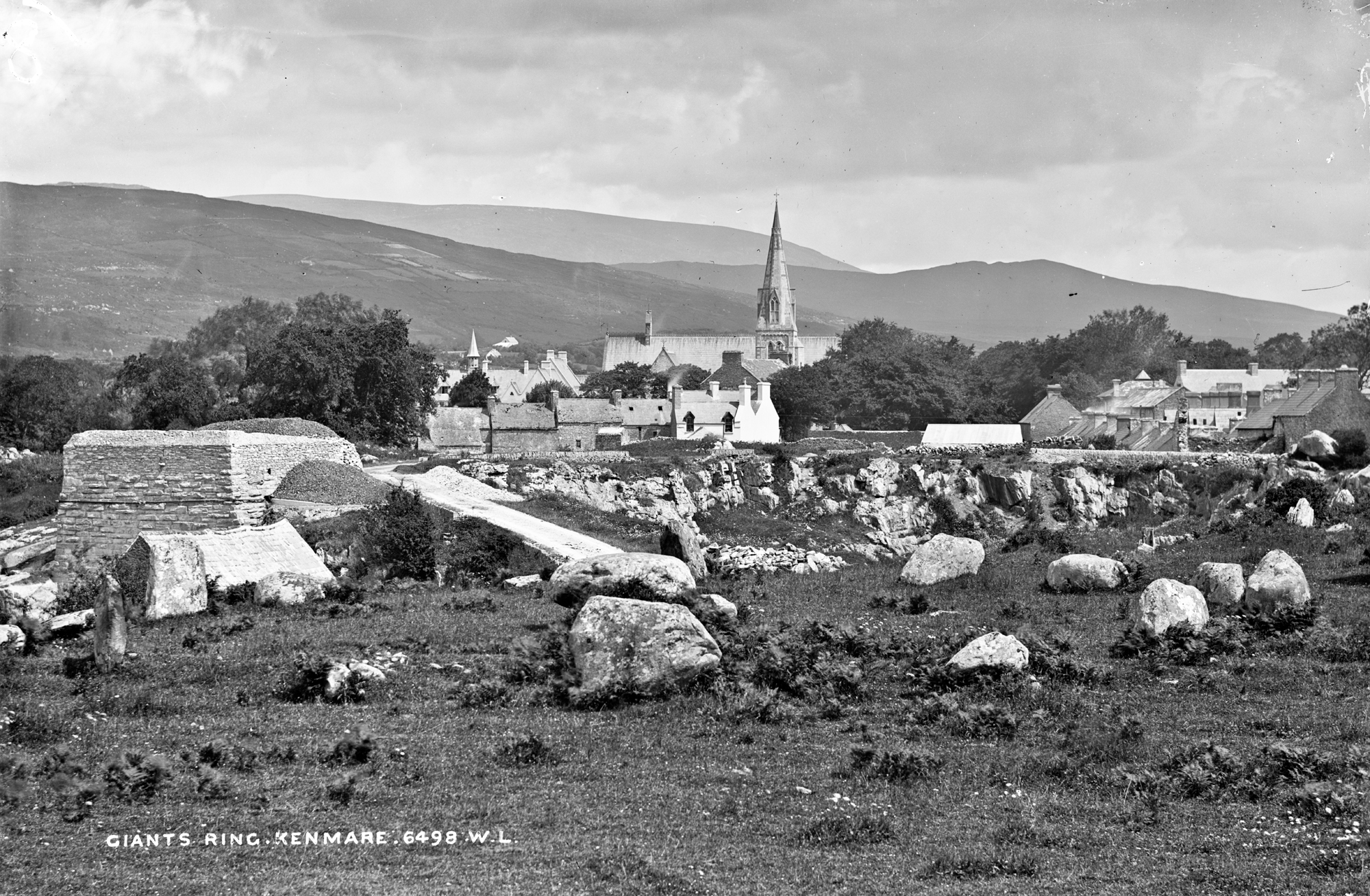 Try to find the date or year when this image was made.
Thanks for contributing!
To the Lawrence Collection this morning and to "The Giants Ring", Kenmare, Co. Kerry. It is not easy to pick it out due to the more modern construction dominating the foreground but there appears to be a ring of ancient stones as the feature?

As Niall McAuley points out, the construction date of Kenmare Stone Circle itself (c.2500-1000 BC) doesn't really help with dating this image :) Niall's investigations on the nearby/visible houses however suggest that this image dates from after 1874. Helping narrow the catalogue range by a decade (to c.1874-1914). The lime kiln, on the left, was apparently part of a nearby quarry. The more modern landscaping and planting around the circle give it a much more lush and enclosed feel today...