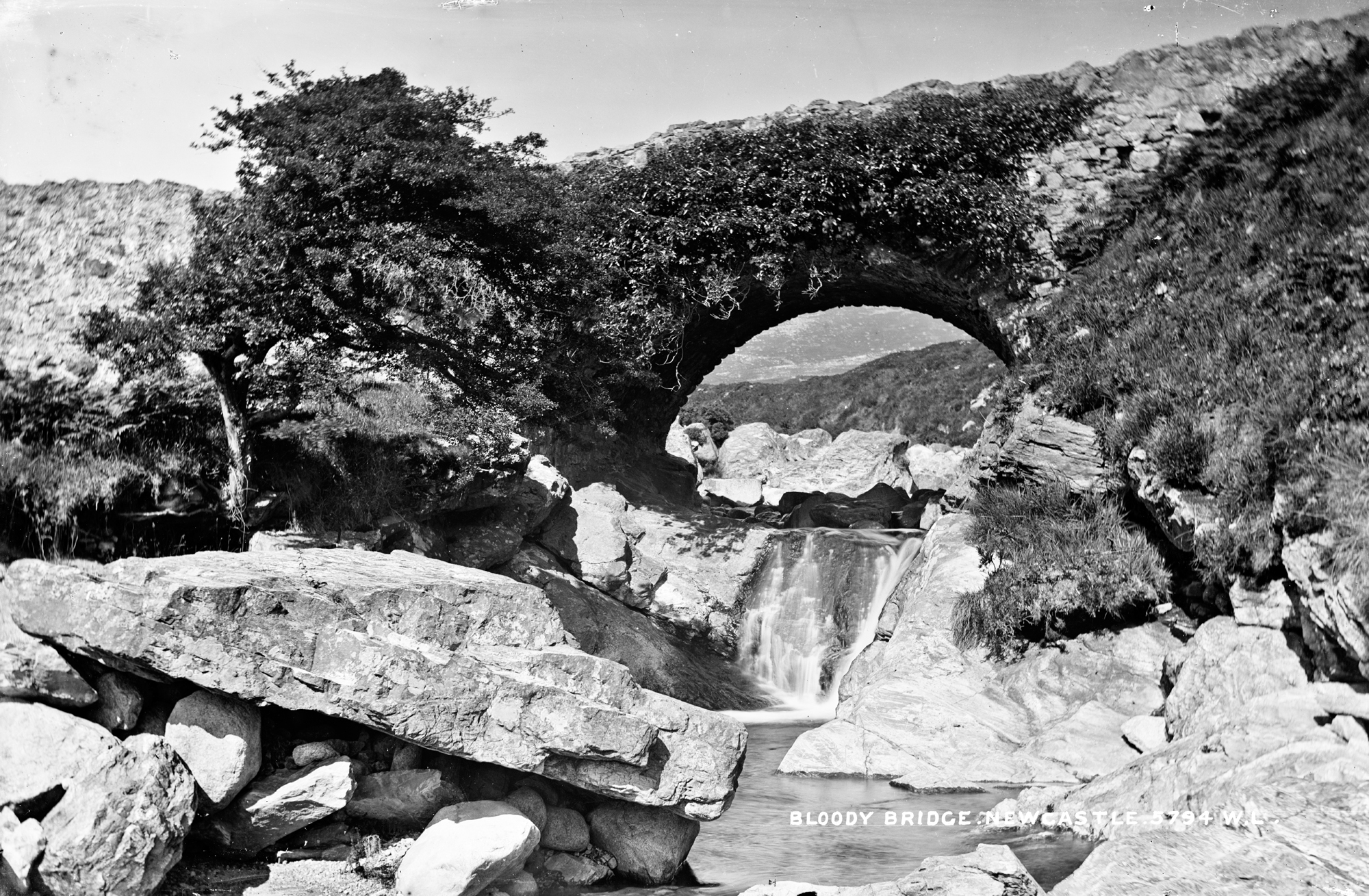 Try to find the date or year when this image was made.
Thanks for contributing!
From the top of Donard to below the Bloody Bridge and still in Newcastle, Co. Down! This looks like a major engineering achievement, not because of the size of the bridge or the fury of the torrent below it, but rather because of the rugged terrain? A beautiful scene and I look forward to seeing it in full living colour.

As well as providing several images of this bridge in glorious colour, today's contributors (and Wikipedia) tell us of the origins of this bridge and its name. Also described by in the 'Visit Mourne Mountains' website, the bridge is a landmark in the area. Together with the Bloody Bridge River (evidently a 'spate' river which fluctuates widely from a trickle to a torrent), the bridge takes its name from the killing of prisoners at the bridge during the 1641 rebellion....