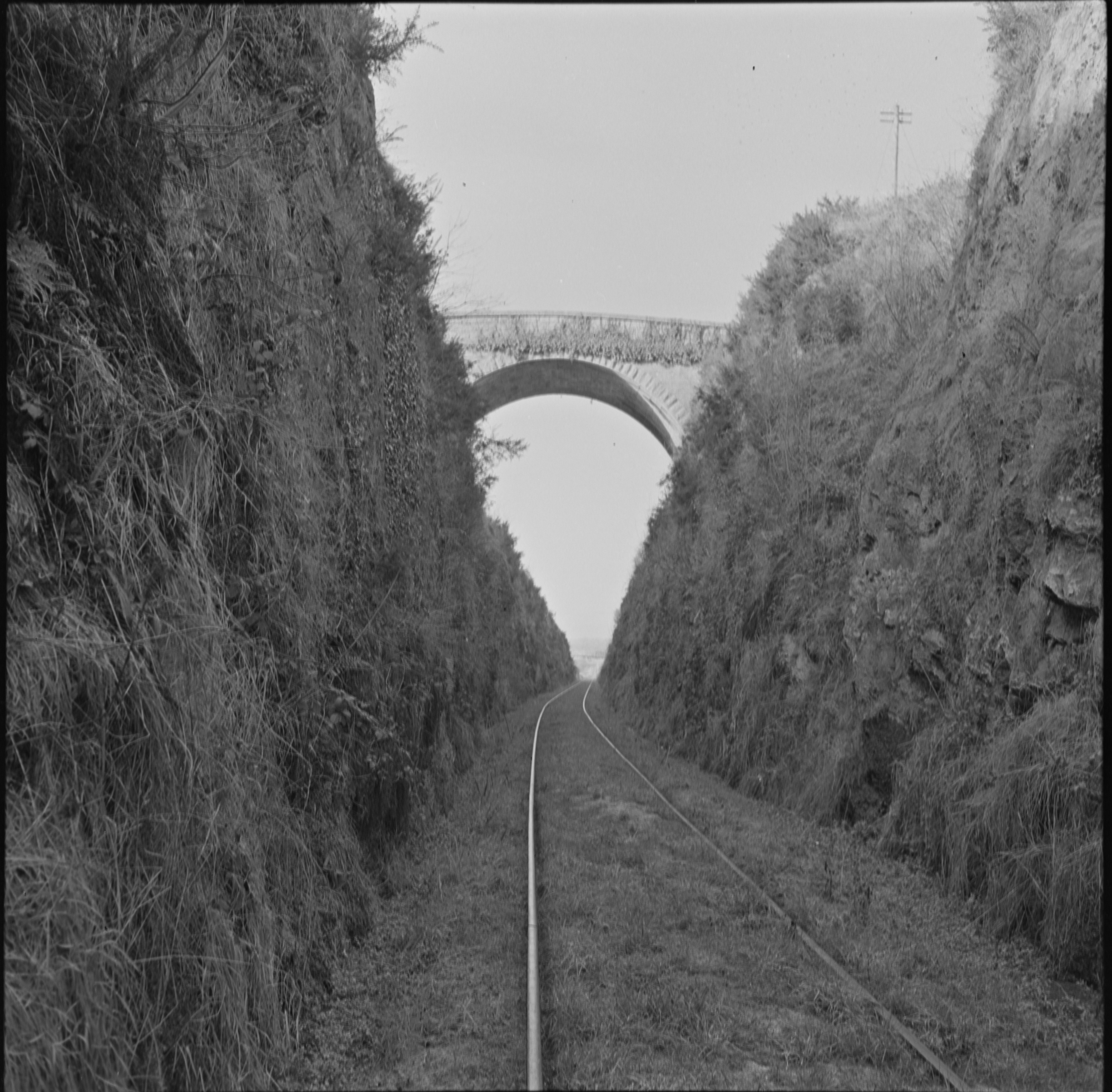 Try to find the date or year when this image was made.
Thanks for contributing!
Though perhaps not as picturesque as yesterday's image of the waterworks in Wicklow, the engineering efforts involved in this viaduct and railway cutting are impressive in their own right. Labeled in the catalogue as "Kilcoltrim cutting to North, Borris, Co. Carlow", the greenery in this shot suggests that services on this line had been curtailed by the time of the photo.

Speaking of which, owing to a localised and temporary "Mary shortage", there will be limited service on our Flickr stream also. With no new postings. Just for a couple of days. Normal services will resume week starting 28 May :) Which is almost certainly more than can be said for services on this branch of the GS&WR line(?).....