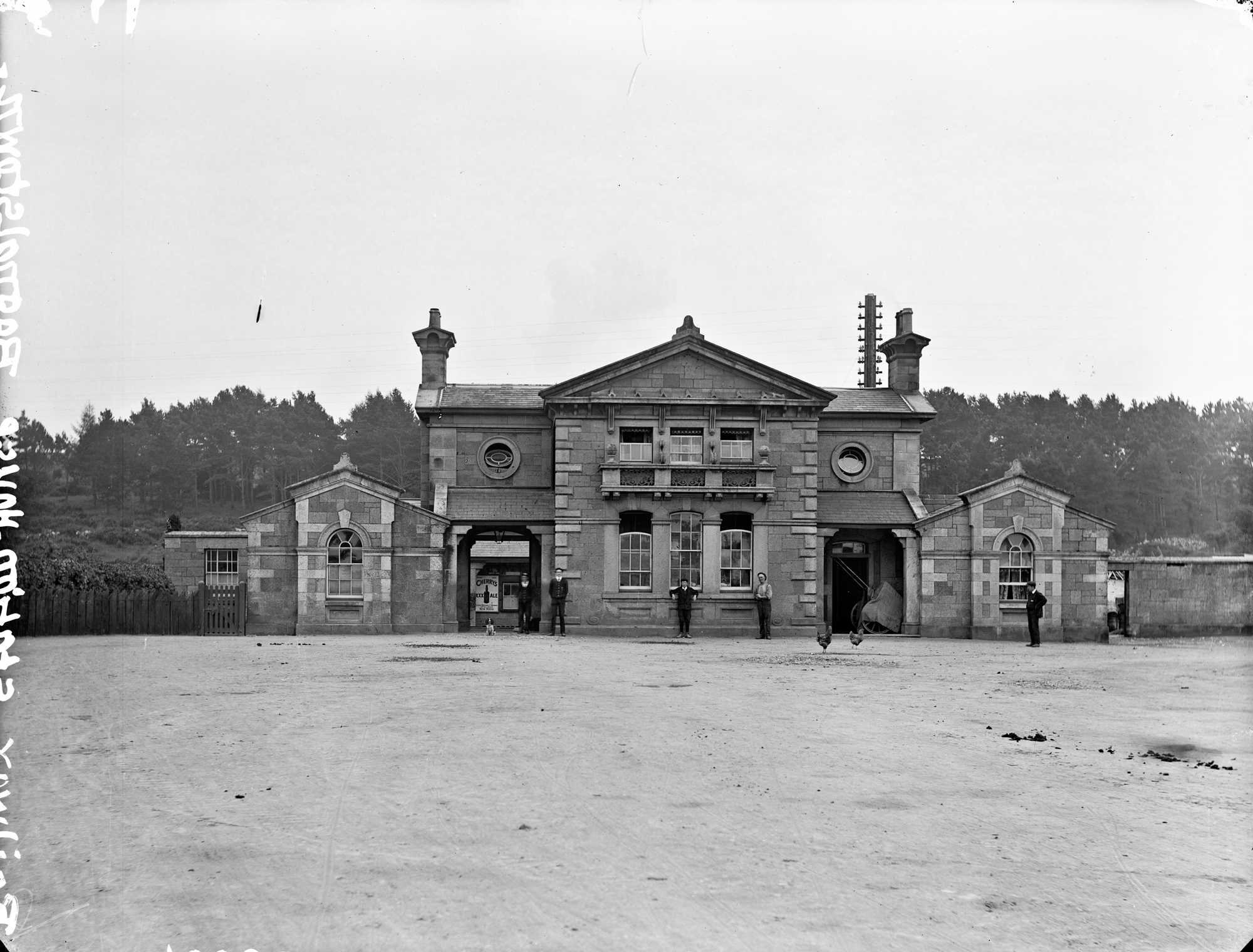 Try to find the date or year when this image was made.
Thanks for contributing!
Back when railway stations were designed with a sense of style and purpose, this confection was landed in Bagenalstown in County Carlow. The symmetrical design was to cater for the vast flow of passengers in and out - though they had departed by the time this shot was taken. However, careful examination will show that a couple of special passengers are making their way to the right hand entrance and near the left there is a d.....

We learned that this station, together with several other "picturesque gothic" stations in Ireland, was designed by English architect Sancton Wood. Though closed for a period in the late 20th century, Muine Bheag (Bagenalstown) station is since reopened and is a "halt" on the Dublin to Waterford line...