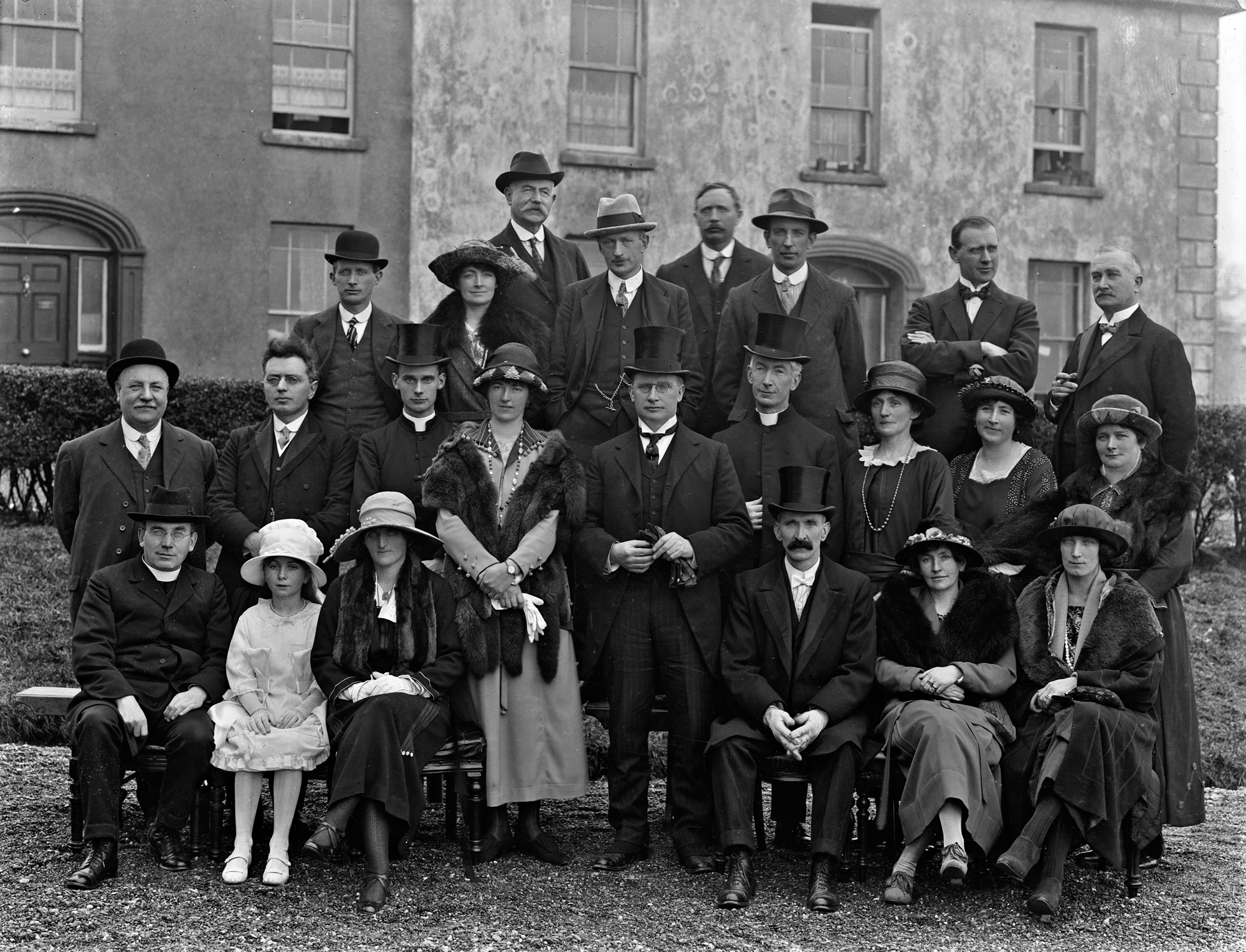 Try to find the date or year when this image was made.
Thanks for contributing!
A fine image from the Poole Collection of a wedding group commissioned by Mr. Cornelius Phelan, Kilganey House, Clonmel! The ladies in their finery including necklaces, fur stoles and hats are matched by the gentlemen, both reverend and lay, with top hats, trilbys and bowler hats. While most of the apparel appear to be rather somber, the young lady gives a splash of light and colour to the group!

While -unusually- we have not yet established the details of the wedding party, ofarrl suggests a location: the garden alongside the Grand Hotel in Tramore. This is corroborated by other contributors, the StreetView, and the front-doors in the background....

After some long and detailed co-operation between sharon.corbet and Bernard Healy we are delighted with the following summary of their work. Thanks again

This photo was taken and the wedding itself was in Tramore, backed up by Paul O'Farrell's identification of the location, and the presence of the priests from Tramore. (Thomas O'Brien, Nicholas Walsh)
- Cornelius Phelan married Bridget Walsh, the niece of Canon Nicholas Walsh, parish priest of Tramore at the time, sometime before 1923, but after 1911, but there is no record of this available
- There are no other Phelan marriages that would be suitable
- The civil records site doesn't appear to have *any* weddings in Tramore between 20th Feb and 28th Feb 1922

I think that we are more or less convinced based on this circumstantial evidence that this is the wedding of Cornelius Phelan and Bridget Walsh, but would need to find a marriage record or a newspaper article to be sure.