And the crowd went wild. 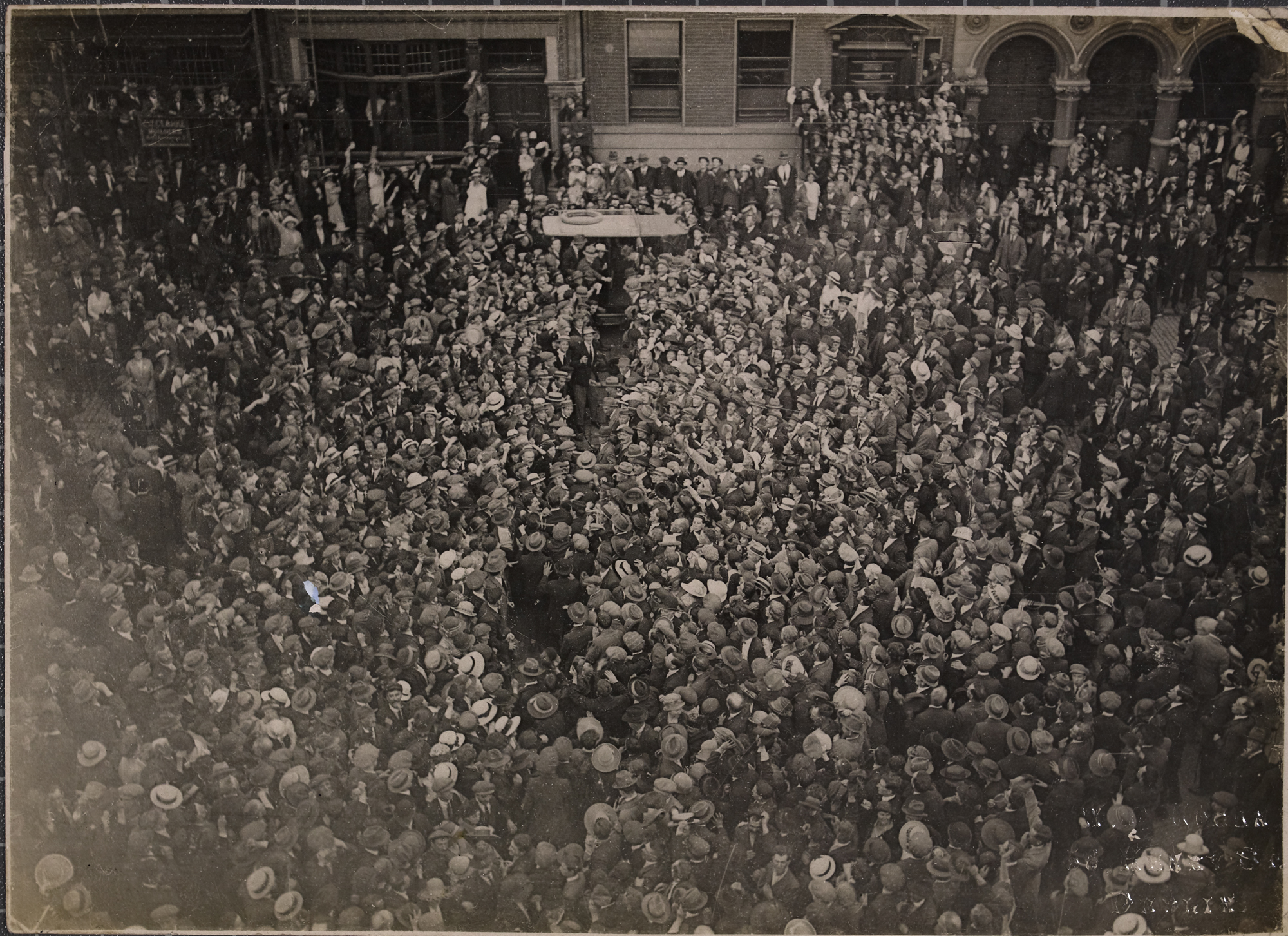 Try to find the date or year when this image was made.
Thanks for contributing!
The title on this Hogan-Wilson image is "Michael Collins arrival being made the scene of a great ovation when the crowd become aware of his presence" The challenge now is to establish the date, the place and if we can identify Collins in the crowd?

Though worthy of the nickname 'the Big Fella', Collins was somewhat hard to spot here. But the general consensus is that he's in the centre - making his way through the barely noticable passage through the middle! Thanks are due to O Mac for pinpointing the location (Dawson Street/Mansion House), BultacoFan and Frank_C for pinpointing Collins, and BeachcomberAustralia and others for pinpointing the most likely date. Niallsisson also offers an intruiging suggestion on the car - as the one that may have been taking Collins to Dublin Castle for the handover. If so, the mood and volume of the crowd is hardly surprising.....