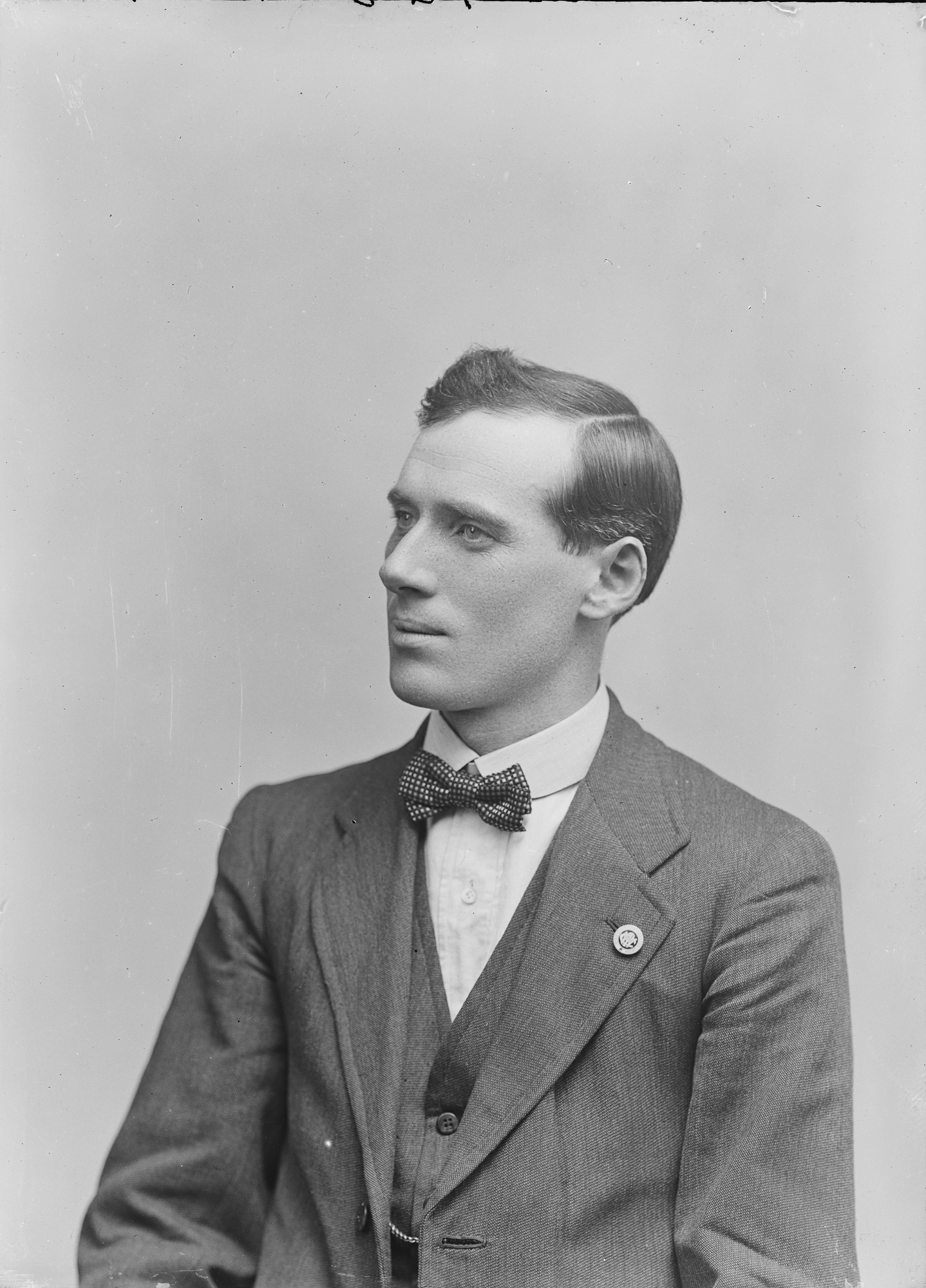 Try to find the date or year when this image was made.
Thanks for contributing!
A "cabinet" photograph of M. J. Staines M.P. from the Poole Collection to bring us back after the long Easter break. I am not sure what part he played in the Easter Rising but he was a significant figure thereafter and it is good to have him on an equally significant anniversary! I hope that you are all recovered from the overdose of chocolate that was about and are now fit and raring to go?

While this particular Mary didn't know anything of Michael Staines (1885-1955) before today, it seems that he was one of life's natural administrators. The quartermaster of the GPO garrison during the Rising, he was commandant to the prisoners in the internment camps that followed. Later involved in administering the New Ireland Assurance Collecting Society, and seemingly involved with the Irish Clerical Workers Union, he became the first Garda Commissioner in 1922. While perhaps not "front of house" in the early days of the state, it seems he held critical (if perhaps somewhat clerical) roles in its formation and function....